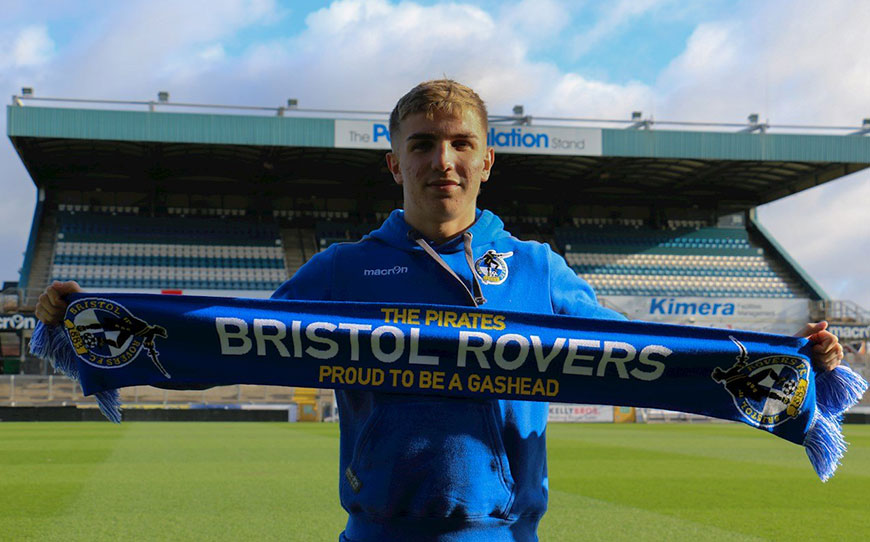 Second-year apprentice Kieran Phillips has penned his first professional contract, agreeing a deal that will keep him at Bristol Rovers until summer 2022.

The highly-rated striker has put himself on the radar for first-team involvement after a productive season in front of goal for the Under-18s and Development Squad.

Although the 17-year-old is yet to make his senior debut, he did gain experience travelling with the matchday squad for last year’s trip to Rochdale, as well as featuring on the bench for a handful of games before Christmas.

Phillips told the club website: “I’m buzzing to be fair, I’ve been working towards it for a long time and I’m really glad to get it done.

“Obviously (my highlights are) travelling with the first team, being on the bench at Ipswich and at Plymouth and then the Youth Cup playing at the Memorial Stadium in front of a lot of fans, that was also very good.”

Manager Ben Garner said: “Kieran is another local player who has come all the way through our Academy. I think it is very important to have players who are Rovers through and through.

“Hopefully Kieran can follow in the footsteps of the likes of Ollie Clarke & Alfie Kilgour progressing all the way through the club and into the first team.”

Under-18s manager Tom Parrinello added: “Kieran has shown a fantastic attitude and excellent ability to progress through the Academy and has been at the Club from the age of eight.

“It’s a fantastic day for him and his family after years of dedication and commitment.”