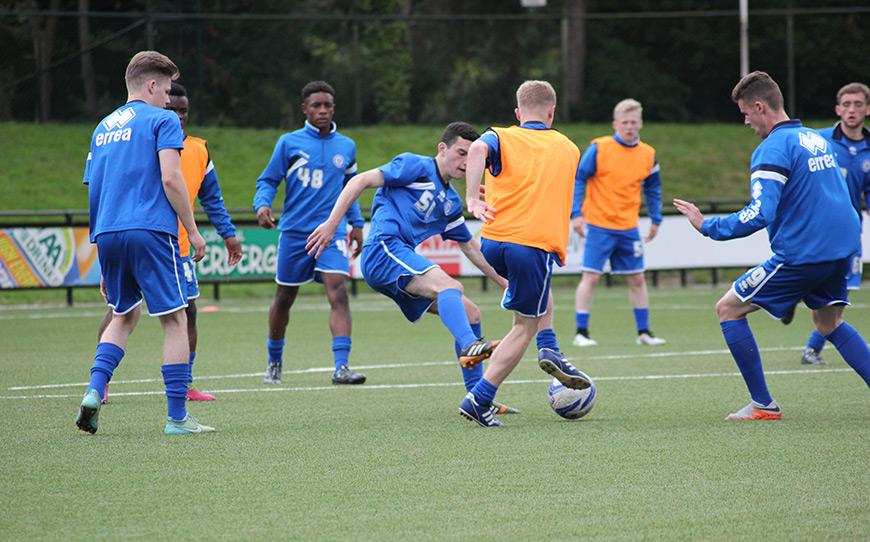 Rick Ashcroft’s Rochdale Under-18 side side have been in The Netherlands for almost a week now, training hard on their two-week, pre-season trip.

And they will now have the chance to put what they have learned in training into practice when they take on FC Dordrecht this evening. This will be the youngsters first fixture of the trip and LFE’s regional officer Simon Williams believes that the Dale players are well prepared.

“It’s been a busy and bright schedule from double sessions to video analysis and special guest coaching so far,” Williams said.

“Yesterday’s focus was understanding how to counteract Dordrecht’s expected system of play and the lads are now raring to put this week’s practice into a competitive friendly against foreign opposition.”

“I can’t wait to find out how their individual personalities and social skills transfer into an elite performance. There are some great characters in the group.”

The youth squad will then take a tour of Ajax’s Amsterdam Arena on Saturday, before travelling to watch the Johan Cruyff Shield match between Dutch Champions PSV and national cup winners Groningen.

Next week, they will play two other fixtures against FC Twente and Brabant United before returning to the UK.