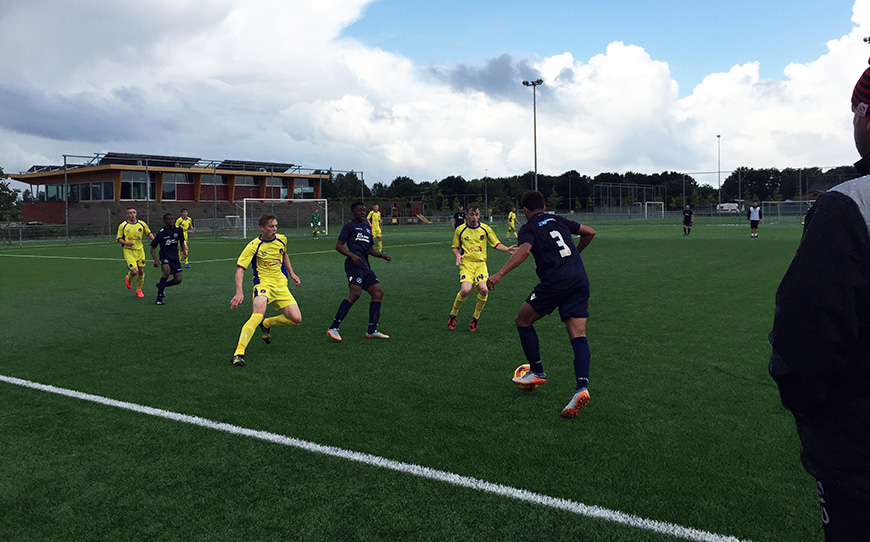 Millwall Under 18’s take on KSC Lokeren Under 19’s tomorrow afternoon for the opening game of their LFE preseason trip to the Netherlands.

The young Lions have settled in quickly to life in Gilze and while a friendly practice game was organised against Carlisle, 16-year-old Noel Leighton highlighted the competitive nature of the squad in his blog for LFE: “Despite the game being tagged as a friendly, we took it seriously and prepared properly that morning.”

This approach led to a solid 1-1 draw, and they were treated with a fantastic opportunity to experience a training session led by NAC Breda coaches, exposing the group to a new brand of styles and ideas.

Away from the pitch the players have still had time to unwind, organising a fun (but typically competitive) quiz night.

They’ve also taken the afternoon off ahead of the game tomorrow, spending time instead to relax as they play some footgolf.

Their week will close with a trip to Ajax’s Amsterdam Arena, as they will be in the stands for the Johan Cruyff Shield between Dutch Champions PSV and Cup winners Groningen.