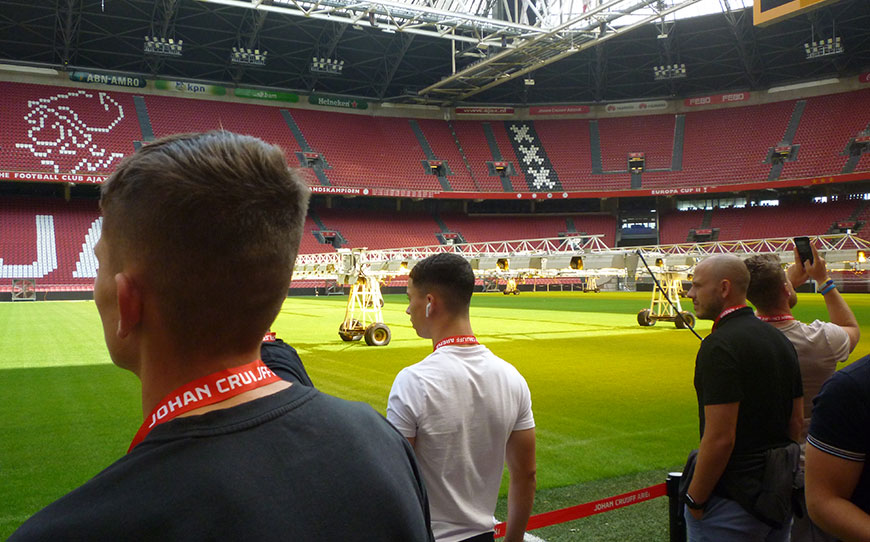 The eight EFL clubs completed a fortnight abroad, learning about the Dutch philosophy for developing young players during training sessions and presentations led by Eredivisie coaches.

The youngsters were all exposed to knockout competition on the final weekend of the trip, with Barnsley, Sheffield Wednesday, Cheltenham and Burton taking part in the Lochem Tournament, Lincoln and Walsall being involved in the Volendam Tournament and Ipswich and Nottingham Forest competing in the Dordrecht Cup.

In addition to Dutch opposition, clubs from Denmark, Japan and the USA were also in attendance at the various tournaments, with Wednesday and Walsall both finishing as runners-up in their respective events.

Off the pitch activities were also on the itinerary, including language lessons, visits across the various regions, tours of the Overloon War Museum, rounds of footgolf and tickets to watch an Eredivisie match.

Click on each club below to view a selection of images from the LFE trip to the Netherlands:

To check out video reaction from this year’s trip, click the link below to view the LFE/Erasmus+ trip video playlist, which contains a variety of interviews and vlogs from Spain and the Netherlands: