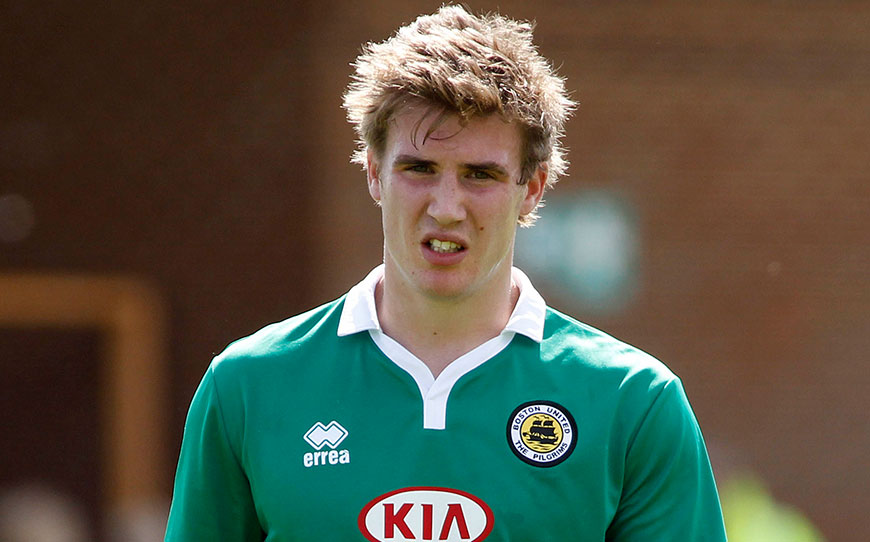 The 22-year-old was shown the door at Blundell Park two years ago and had been working in a fish factory in Grimsby. Part-time football though proved a release from daily duties that included packing fish food and fish tank lights.

Speaking to BBC Sport he said, “When you’re making fish food using blenders and you get a little bit in your eyes, it’s not the nicest.”

It was in every respect a world away from professional football, though Southwell admits that working in the factory was a financial necessity.

“A lot of the days I would get out of my house at 8am in the morning, then go straight from work at 5pm to Boston for training and not get home until 10.30pm.

“Sometimes if I didn’t have enough time to get a shower, my team-mates at Boston would smell a bit of the scent on me.

“I’ve learned the hard way and it’s made me realise how lucky you are to be a professional footballer, so I’m really glad I did it.”

Jamie Vardy’s rapid ascension up the Football pyramid has shown that players can succeed after moving in to the professional ranks from non-league and Southwell admitted that he is an inspiration to players with aspirations of playing at a higher level.

Jamie Vardy joined Leicester from Fleetwood in 2012 and has gone on to win the Premier League title with the Foxes and be capped by England, scoring against Wales at Euro 2016.

He said: “You’ve got to be ambitious and when people prove that non-league to the Premier League can be done, you’ve got to look at that and think why not me as well?

“If I can score goals, you never know where that will take you. I’ll just carry on working hard and let that inspire me.”

After leaving a job which included lifting “heavy, heavy, heavy” boxes for 10 hours on some days, he is hopeful that he can now shoulder the responsibility of scoring goals for the Chairboys.

“The step up is always going to be harder, we know that,” he said. “But I still feel like I can score goals. I’ll be playing with better players and get better service.

“I’ll still get in the right positions and I’m capable of hitting the back of the net, I’ve proved that, so I’m confident I can still get goals here.”