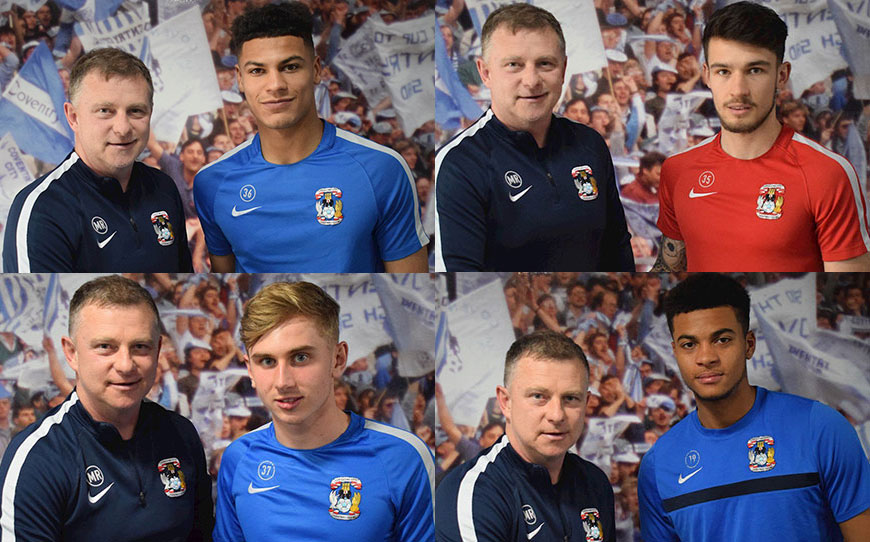 Coventry City have tied down a collection of their promising youngsters by agreeing contract extensions with four academy graduates.

Midfielder Finn was rewarded for his impressive showings in the Under-23s team with a senior debut back in August, coming off the bench late on in a Carabao Cup first round defeat to Blackburn Rovers.

Eighteen-year-old Thompson, who spent the early months of this season on loan at National League club Barrow, was also handed a first-team debut, appearing for the final half an hour of a 2-1 Checkatrade Trophy victory against West Bromwich Albion.

Meanwhile, Ford and Hickman are still awaiting their first involvement in the senior side, although they have both been regular members of Jason Farndon’s Under-23 team during the 2017-18 campaign.