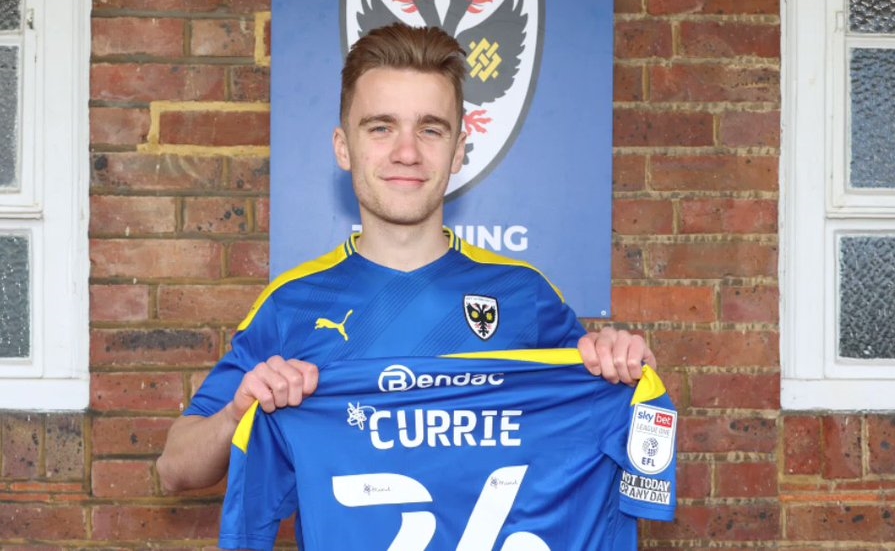 Young defender Jack Currie has signed a new two-year deal with an option for a further year with AFC Wimbledon.

The 20-year-old defender has spent time on loan with National League South outfit Eastbourne Borough this season and has impressed The Dons management enough to be offered fresh terms.

Speaking to the club website, Currie said: “It’s an incredible feeling signing for the club I’ve been at for coming up to half my life now. It’s a club that I’m really passionate about. All the fans, everyone, have been great to me during my rise through the ranks. Now is the time to kick on and show everyone what I’m about, move forward, and hopefully go in a positive direction with this club.

“When you look at Will Nightingale and Paul Kalambayi, these boys have been here for a while and they all know the ways of the club and how much it means to every single one of us. All of the fans have stuck behind them, and they know what it takes to be a Wimbledon player. I think that’s what I really want to show everyone – that I really care about the badge. I want to continue to push on to help this club achieve what we can achieve – which is great things.

“First and foremost, I’m a defender who loves defending, so I want to continue to practice that. I want to make the challenges, but continue to learn the game. It’s great having Lee Brown and Ben Heneghan here, the more experienced boys at the back, who have helped massively. They’ve been influential characters. I think I can really apply myself, as well as going forward and being confident to do a job wherever I’m needed.”

During his time with Eastbourne Borough, Currie has helped the Sussex-based club into the play-off positions and believes his experience of competitive football will stand him in good stead when he returns to his parent club.

“For the rest of this season, I’ll just focus on performing at my best, continuing to perform, and just be myself – that’s all I can really do. Whatever happens, I just know I’ll be ready for it, I’m as hungry as ever and I’m more motivated than I’ve ever been. It’s just a matter of time and if I get my chance with Wimbledon, I’m sure I’ll be solid and really help the team.

“The start of the season with Eastbourne wasn’t ideal, we were up and down and dipping in and out of form, but we have a very strong squad. We knew exactly what we needed to do to get to the next level and now we’re starting to pick up a bit of form and we know how to win.

“Most importantly, we know how to keep clean sheets and we know what the manager wants, which is one hundred per cent effort, which links very closely to Wimbledon. Playing for the badge and fighting for every point is a massive learning curve.”