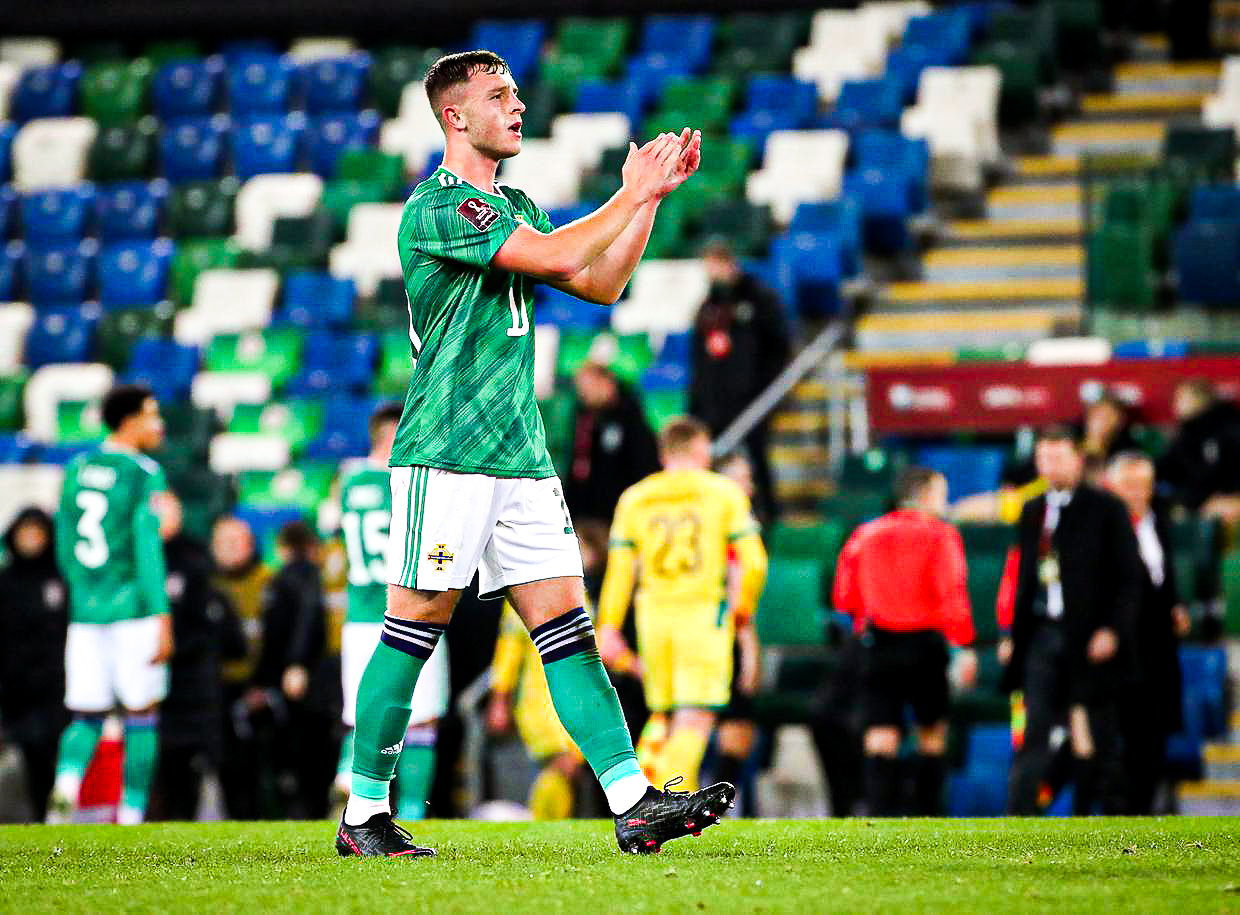 Nottingham Forest youngster Dale Taylor became one of Northern Ireland’s youngest-ever players to make his debut at the age of 17.

The youngster joined Forest 18 months ago from Linfield and penned his first professional contract at The City Ground in December. Since then, he has regularly featured for the under-18s and under-23s, earning him his first international call-up.

Speaking to BBC Sport after the game, Taylor said: “I’ve never ever had a better feeling than that – that was a dream come true.

“It was unbelievable. I’m lost for words to be honest with you. That’s the first time I’ve ever played in front of that many fans.

“The manager said to just go out and play my own game, work hard for the team and to not be scared to make mistakes.”

Although Taylor was an unused substitute at Windsor Park, the youngster is itching for more experience on the international stage.

When asked whether Taylor thought he would be playing against Italy after watching them on TV in the Euros last summer, he replied: “No, I didn’t think that at all. I didn’t have a clue I would get a call-up to the senior team that soon,” he added.

In spite of his success on the field, Taylor is also on course to pass his BTEC Extended Diploma and shown excellent commitment towards the SEP programme and Life Skills initiatives that are part of the LFE apprenticeship.