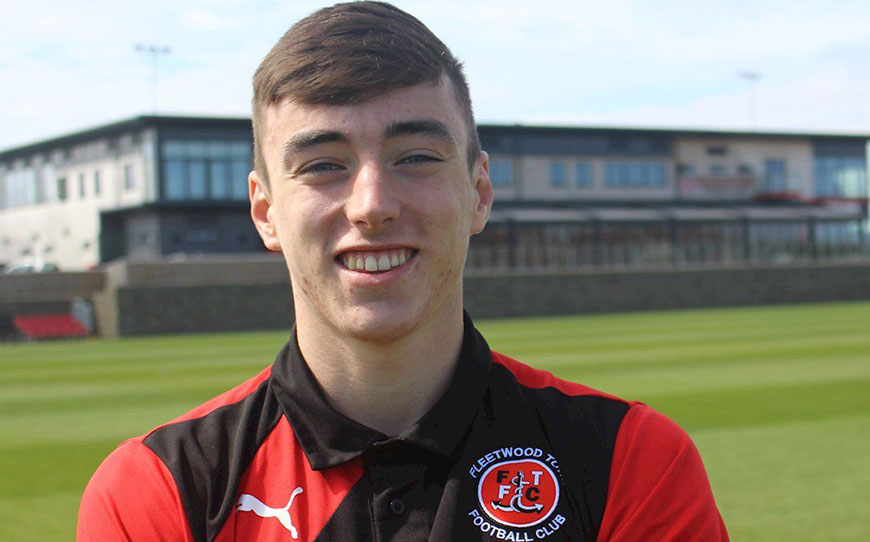 Fleetwood Town apprentice Harrison Holgate has signed his first professional contract after impressing in the club’s Under-18s and Development Squad.

The versatile defender caught the eye at right-back during Fleetwood’s Lancashire Senior Cup final against Bury, with the 17-year-old becoming the second player from the current cohort to sign professional terms, joining England Under-17 World Cup winner Billy Crellin.

“We’re delighted for Harrison,” Academy manager Ciaran Donnelly told the club website. “He’s worked hard over the last couple of years, showing a great attitude, especially when he had an extended period out due to injury.

“We think he has great potential, and we believe he is a player who can really push on over the next few years.”