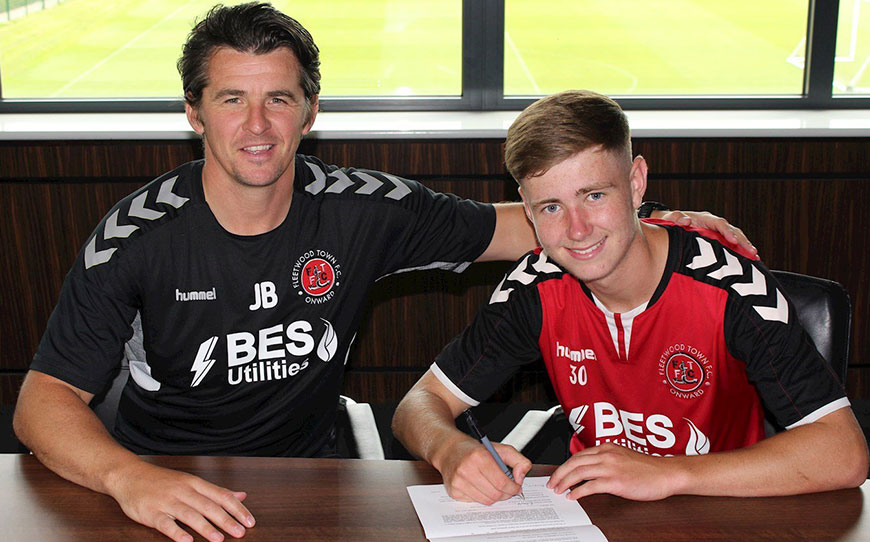 Fleetwood Town teenager Barry Baggley has penned his first professional contract with the club, agreeing a three-year deal with the option of an extra 12 months.

The 17-year-old became the club’s youngest ever player to feature in the EFL in March after being introduced off the bench at Walsall, and went on amass three senior appearances in total as a first-year apprentice.

Baggley, who has represented Northern Ireland at Under-17 level, joins James Hill from the 2018-20 cohort to turn pro, while Ryan Rydel and Sam O’Halleron have also made the jump to the senior ranks this year.

Head coach Joey Barton told the club website: “Barry is a player with enormous potential, and we are delighted to see him pledge his long-term future to the club. He is a great kid, with an infectious personality, and he has fitted into the group brilliantly since he came into the first team last year.

“Barry knows he has a lot a work ahead of him, but he understands that he is at a right club for him with outstanding facilities, which will see him grow and develop as a player and a person.”