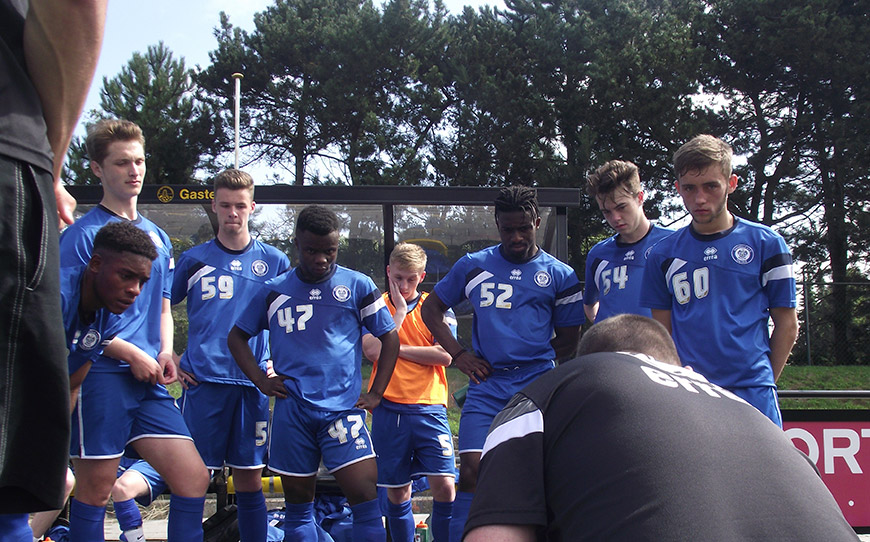 Despite the early meet at the Spotland Stadium, (6am) this trip basically has had everyone buzzing with excitement

Everyone was itching to get here, to train and enjoy the fantastic opportunity in hand. After the steady plane journey we arrived at the hotel which welcomed us with picturesque views.

Well I found it steady, but our midfielder Kisimba Kisimba thought it was quite rocky – he’s no B.A Baracus but he definitely won’t remember flying with any fondness!

At the hotel, De Ruwenberg, on our quick tour we came across a tremendous tennis court situated amongst the trees, and later we found ourselves playing head tennis, which got very competitive as the loosing team found themselves having to tend to the coaches needs as a forfeit. This involved making brews…till now we are still waiting for Kisimba Kisimba, Harry Pratt and Jack Stewart- the loosing team, to make these brews.

As the plane journey took a lot out of the fellas, a bike tour was the right treatment after the head tennis. This trip made us aware of the magnificent culture we were lucky to be in. It was brought to our attention that the pitches we were training on were looked after by none other than the locals within the community. A plethora of retired locals and parents help look after the pitches, which I must add are second to none.

Initially, the plan for the following day, Tuesday, was to have a double session on the grass. However due to the weathering, we ended up on the 3G/4G which was exceptional – it was nearly as good as the grass! In the morning the session that took place was a training game against Wolves, which was also the team we were sharing the hotel with. After the four 20 minute games, it was clear the fellas were getting tired. We ended the afternoon with another training game which was split into three 15 minutes, however this was within the team – It helped highlight certain aspects in which needed improving on as players. Additionally, the sessions were recorded, this way we could go back to the hotel and look back at our performances. The positives and negatives were exposed and the plan on how to improve for the following day was worked on which was very helpful indeed. Pictures were also taken, I might add, this, of course had the fellas on their toes, especially Jack Stewart, always itching for an action shot.

Swimming, was next on the agenda as this was a superb way of relaxing the body as well as the mind after a long learning day. By the response from the fellas I can say with certainty that they loved the swimming session. In the evening, dinner was delightful as were the staff in the hotel.