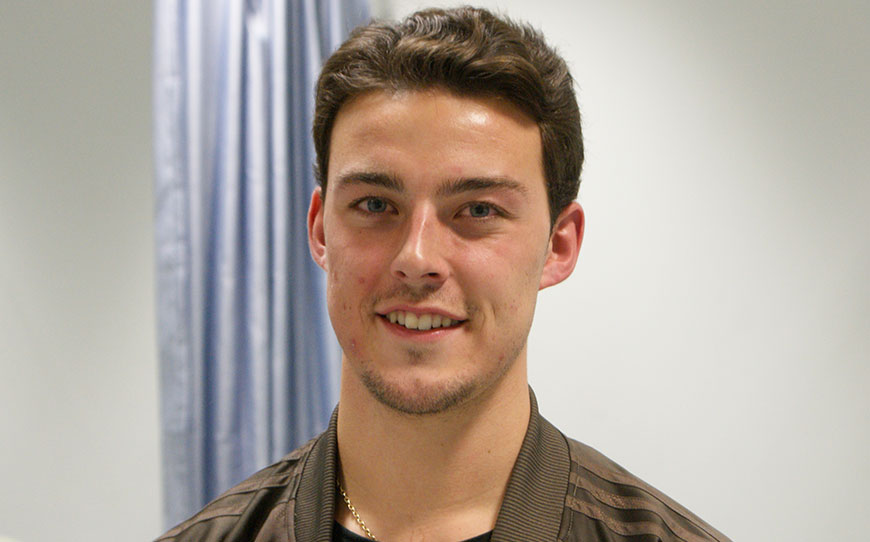 When Dan Murray was sat on the treatment table at Wolverhampton Wanderers he could not have imagined that it would lead directly down another path.

As a young player, football is all about being given breaks. Opportunities to impress and develop and show that you merit a professional contract.

So for midfielder Dan, who moved out of his family home in Stockport to live in digs in the Black Country, a broken leg and long period of rehabilitation was exactly the sort of impediment that every youngster fears.

While five of his peers signed professional deals at Molineux, a decision was delayed on Murray. Hope remained temporarily but he had lost too much ground and was eventually released.

Three years on, none of Murray’s five former teammates remain at Wolves. However, his experiences at the club did spark an interest in another area and he is now midway through a BSc (Hons) in Physiotherapy at Salford University.

“You need that other interest because if you have a bad day at football it can take your mind off it. Obviously I still had aspirations to be a footballer but then it was always in my mind that being a physio was a good job that I’d be interested in.”

The course at Salford is one that proves popular with footballers due to its long established link with the Professional Footballers’ Association. Last summer’s graduates included the former West Bromwich Albion and QPR striker Rob Hulse and one-time Manchester City and Burnley left-back Stephen Jordan.

Murray, who did an A Level in Biology ahead of joining the student ranks, stressed that while it has been an academic “step-up”, many of the traits he identified with professional football have enabled him to settle quickly and enjoy his new surroundings.

“There probably is a gap between the education programme at Wolves and coming to University but if you’re willing to put your mind to it and work hard you can bridge that quite easily,” he added. “It’s one of those subjects where you think, ‘I’m going to have to treat patients in the future’, it’s really important that I don’t just scrape through but aim to be the best physio possible.

“I’ve made some great friends here. At football everything is quite competitive, there is a certain self-interest battling for a professional contract. But this is a nice environment to come into. You’re pitched together with other students, people are prepared to stay behind and help each other, you’re working together for the same thing, we do a lot of group work, we go out socially and it’s a really nice vibe.

“I started doing this from a sporting background, thinking treating ankle and knee injuries is what physiotherapy is about and then you learn about other things, particularly on placements to hospitals. I recently had to give a 30-minute talk to 20 members of NHS staff on frailty which is something from a sporting interest I’d had not much interest in but when you’re in a hospital it’s different and it changed my perspective.”

Watch our ‘Uni Life’ video below to hear from former apprentices, including Murray, as they share their experiences of higher education: