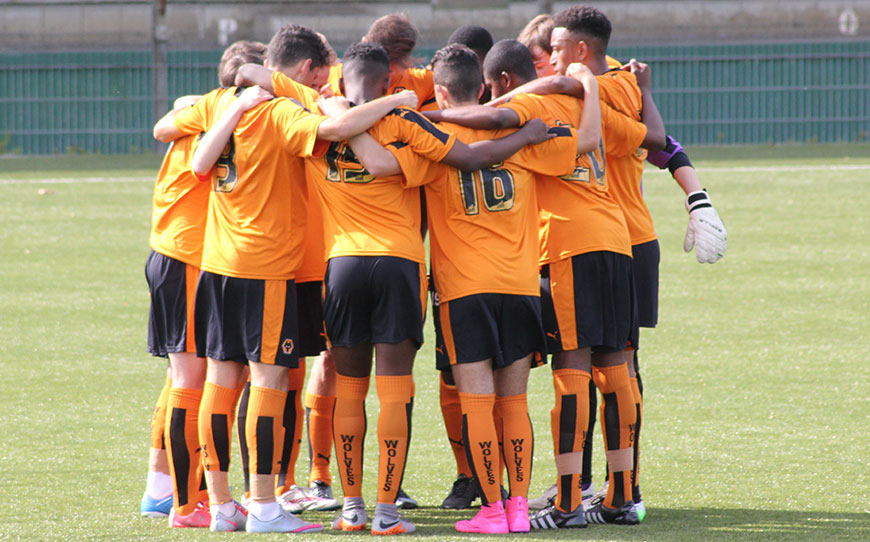 While Everton went in to the game sitting top of the Barclays Under 18 Premier League after taking 22 points from a possible 24, Wolves, in contrast Wolves travelled to Finch Farm having won just two of their previous eight outings.

However the visitors and Niall Ennis in particular simply proved too hot to handle.

England youth international Ennis opened the scoring early on and then made the next two for Nicu Carnat as Jerry Gill’s team took a 3-0 half-time lead.

Things got even better after the break for the men from Molineux. Daniel Armstrong cut in from the left hand side and blasted a shot at goal that beat Blues stopper Ciaran O’Loughlin at his near post.

Connor Ronan then added a fifth from distance after a short corner and Carnat registered his hat-trick on the hour mark after the Blues were slow to react to a quickly taken free-kick.

On a soggy Merseyside day, Jordan Allen grabbed Wolves’ seventh goal of the match, before Morgan Gibbs-White capped off a brilliant performance from the visitors with their eighth goal.