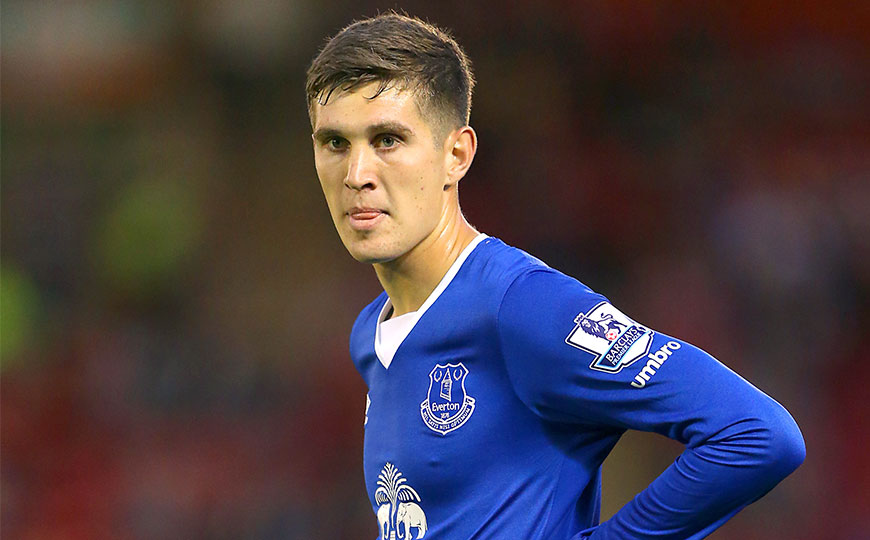 Everton will today officially reject John Stones’ request for a transfer after manager Roberto Martinez insisted that his club will not be pressured into selling the 21-year-old England defender.

Stones, who started his career as an apprentice at Barnsley has enjoyed a rapid rise to prominence since moving to Goodison Park for £3million in 2013.

Chelsea made three offers (so far) for the centre-back this summer. All have been rejected by the Toffees though. With Chelsea rumoured to be considering making a fourth bid in the region of £35million, speculation had risen that Stones, who submitted a formal request to leave Goodison Park on Tuesday would be allowed to leave.

However, the rising star played the full 120 minutes in Everton’s 5-3 Capital One Cup win over his former club and Martinez told Jose Mourinho that “money cannot buy everything”.

“The situation with John is very clear. We care about him, we’ll protect him, we’ll make sure we give him everything we can in order to enjoy his football and during this tough period we’re going to be there for him,” Martinez said.

“We’ve got great ambition, great desire and plans for John and clearly we’ve got to a point now where I think in life and in football sometimes money cannot buy everything and I think that’s going to be a very strong statement at Everton.

“As a football club we want to be a winning team we need to keep our best performers and clearly John is a big part of our future.”

Martinez remains unhappy that the transfer window has been allowed to drag into the season and added:

“We are a big football club with an incredible tradition and it’s very important to understand that not many chairman will do the right thing for the football club and team,” he added.

“As a true Evertonian we’re clear that he won’t be easily influenced to take the money and accepting things that would make our team weaker.”