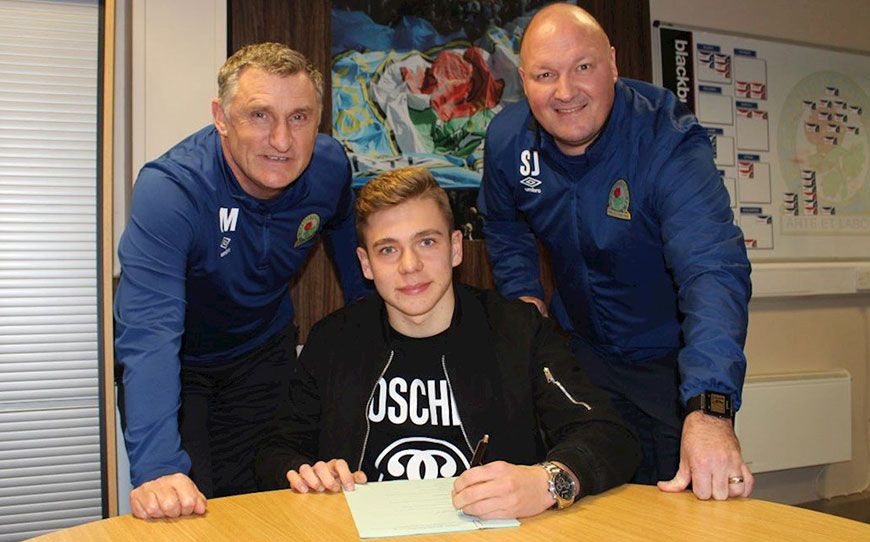 The 17-year-old has starred in the Under-18s since starting his apprenticeship in 2016 and has been promoted into the Under-23 side, who currently top the Premier League 2 Division Two table.

The midfielder has been a key figure in Rovers’ run to the quarter final of the FA Youth Cup, scoring both goals in a 2-1 win against Stoke City in the third round.

Evans told the club website: “It’s a great feeling. I’ve been at the club for a long time, so I couldn’t be happier to get to this stage and I’m really looking forward to what is to come over many more years.

“I’ve been at Blackburn my whole life and I know no different. I love it here and it’s a great club to be a part of.

“Signing your first professional contract is a big milestone, because throughout the Academy that’s what you’re aiming for. It’s a great relief now to sign it and I’m really happy to do so because it means that I can focus on my football now.

“It’s what every young lad dreams of doing, so I’m really happy. It’s the first stepping stone to trying to get into the first team and ultimately that’s what I want to be doing.

“I’ve still got a long way to go, but I’m really looking forward to what is to come now.”

Evans follows fellow second-year John Buckley in securing his future at Ewood Park after the latter signed a deal until summer 2020 towards the end of January, while Dan Butterworth put pen to paper in October.