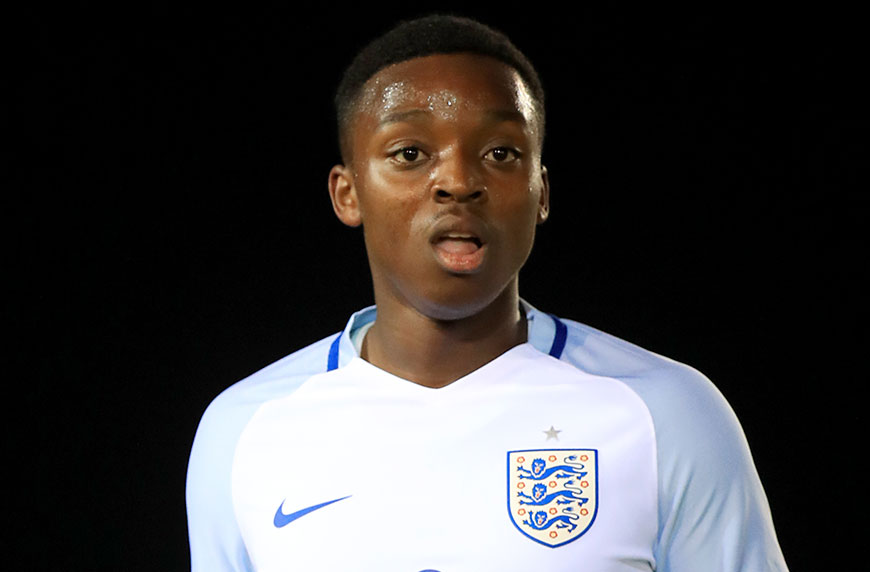 The 18-year-old has been a prolific scorer in the Under-18 and Under-23 teams and has represented England at Under-18 level.

Shrews boss Paul Hurst told the club website: “He’s someone that I’ve been fully aware of from last season. He had a leg break, which he came back from.

“He comes extremely highly recommended by people that I know over there, he adds to our striking options and 100 per cent he’s a talent.”

Although he has yet to make his competitive senior bow, Ennis has featured in a handful of pre-season games and was on the cusp of the first-team until his training ground injury last term.

“I think now he’s got an opportunity,” Hurst said. “Logistically it’s great for him, his parent club can keep an eye on him and hopefully he can come in and give us more options up top.

“He’s a different type to what we’ve got. He’s got very good movement, he’s a good finisher and I’m delighted to get it done.

“He’s one that we’ve been enquiring about since the end of last season. It’s taken a little while because of a few changes at Wolves, but as soon as we got the go ahead we wanted to act quickly on it.”