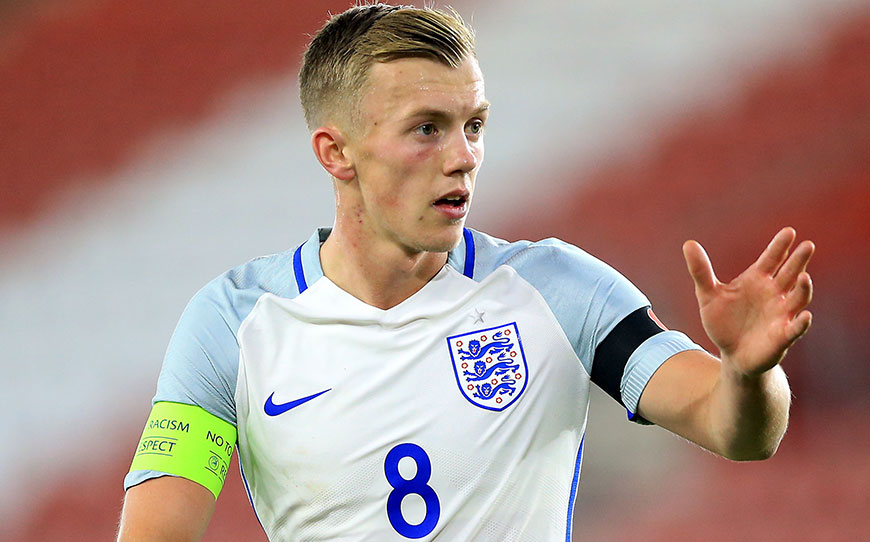 Seven former apprentices have been selected for England’s Under-21 side to compete in this summer’s Euro Finals in Poland.

Southampton academy graduates Ward-Prowse and Chambers have been key figures in the Under-21 set-up, tallying 27 and 18 appearances, respectively.

The former was made captain for last year’s Toulon Tournament success, while Chambers and Stephens were also involved.

Hughes is another experienced member having earned 17 caps, in contrast to Holgate, Holding and Gray, who have all gained recent recognition following moves to Premier League clubs in the past year or two.

Each player has played their part in the squad that topped the qualifying group to become the only nation to reach the Finals for a sixth successive occasion.

And Aidy Boothroyd’s team are bidding to continue the success of the other national youth teams, most notably the Under-20 side that lifted the World Cup, while England have also triumphed in this summer’s Toulon Tournament and finished as runners-up in the European Under-17 Championship.

The Young Lions get started tomorrow against holders Sweden before facing Slovakia and Poland next week.