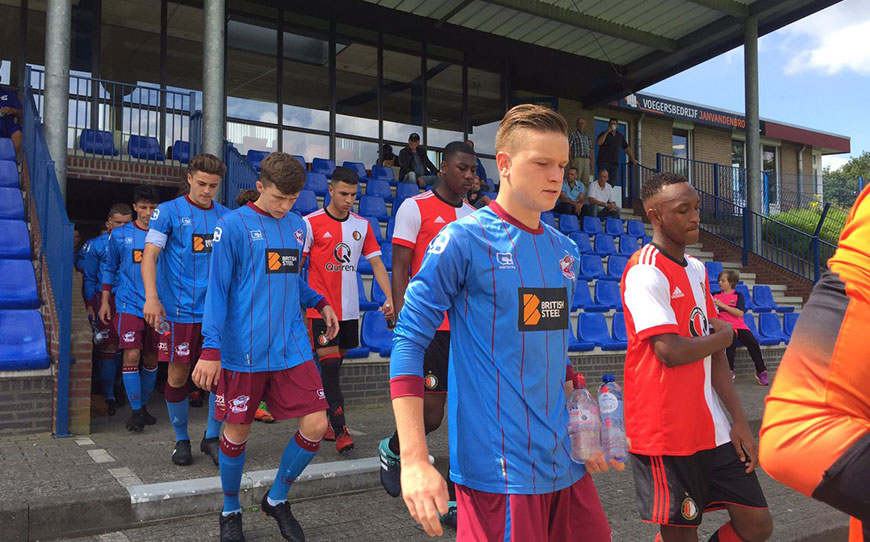 Academy players at eight English Football League clubs will travel to The Netherlands on Tuesday 31 July as part of a pre-season trip organised by League Football Education.

Almost 150 Under-18 players from Birmingham City, Crewe Alexandra, Grimsby Town, Leeds United, Newport County, Portsmouth, Rochdale and Sheffield United will step up their preparations for the new season by taking on their peers at top Dutch clubs until the trip’s conclusion on Sunday 12 August.

The initiative – fully subsidised by the Erasmus+ fund – promotes development and facilitates the exchange of skills and ideas between coaches and players in both countries. During the two-week trip, Leeds and Sheffield United will be hosted by FC Twente, while Birmingham and Rochdale will travel to VVV Venlo. Elsewhere, Portsmouth and Grimsby are based at FC Emmen, with Crewe and Newport staying with FC Groningen.

The Dutch experience has been designed to broaden personal and professional horizons, with the players scheduled to take part in a range of cultural activities. These include language lessons, a visit to the Overloon War Museum and a trip to Amsterdam city centre, as well as footgolf, an Amsterdam Arena tour and tickets to watch Eredivisie champions PSV play against KNVB Cup winners Feyenoord in the Johan Cruyff Shield, held at the Philips Stadion in Eindhoven.

On the pitch, the clubs will experience training sessions led by the European coaches to prepare for testing fixtures against Eredivisie clubs like AZ Alkmaar, Feyenoord and Vitesse, while certain clubs will also take on German and Belgium opposition in Arminia Bielefeld and KAA Gent.

LFE Project Manager Dan Jolley said: “This initiative meets the cultural and sporting aims aligned to Erasmus+ and at the same time allows over one-hundred players in the English academy system the opportunity to sample life, training and work in another European nation.

“Many of them will experience playing against continental opposition for the first time. Learning about different styles of play, coaching and tactics can only help them become better players.”