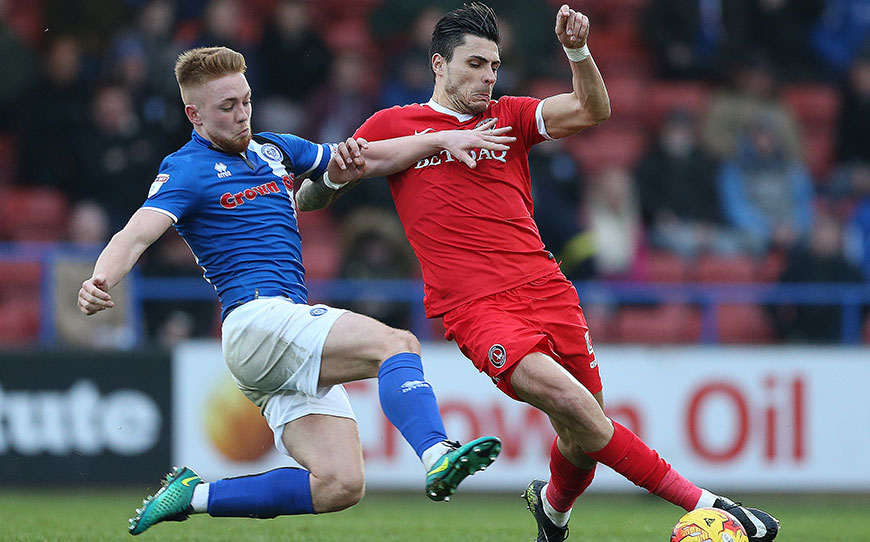 The English Football League has announced that its EFL Futures scheme has provided a £750,000 cash boost to clubs who have put young English players in their starting line-ups during the 2016-17 season.

The initiative has committed a total of £2.25 million over the course of three seasons for clubs who include players under the age of 21 in their starting line-up in in EFL fixtures. The players must also be eligible to play for England (or Wales for Cardiff City and Newport County).

After an assessment of all appearance data, the EFL has distributed money across almost all of the 72 EFL clubs as part of the scheme’s first pay-out.

Significantly, clubs in League One and League Two have benefited the most:

He said: “When we launched EFL Futures we discussed the need for a collective commitment to support the progression of young players into starting line-ups.

“EFL clubs already play a big part in player development through the Academy system, but EFL Futures provides an additional incentive to give more playing opportunities to our young local footballers. We will continue to look at further ways to shape the ambition of providing a pathway from Academies into the first team.

“I’m sure that the payments announced today will have a positive and lasting impact and that EFL Futures will deliver the required change in what is a hugely significant area for the long-term growth of the English game.”

A total of £600,000 has been shared across 46 League One and League Two clubs and the income is already having an impact.

At Fleetwood Town, the club is directly re-investing the money they have earned from EFL Futures back into Youth Development.

Fleetwood’s Technical Director, Gretar Steinsson, said: “We will use the money generated by this in two parts, one to send our U14s Academy side to a tournament this summer in Iceland which will be hugely beneficial to their development, but also to help towards the recruitment of a first team nutritionist, so the money is going to directly improve the future of our club.”

Last season was the first for the clubs’s Category 3 Academy and they are proud of their strategy of giving young players opportunities.

Steinsson added: “For a club of our size, the development of young players has to be our strategy of gaining success.

“We’ve found using young players not only allows us to deliver a key priority of developing young English talent which EFL Futures is designed to do, but also enables us to produce players which can become saleable assets. This is a big part of what we are trying to do in the future.”

In Greater Manchester, Rochdale are one of several League One clubs who have consistently given young players from their successful Academy chances in the first team.

Joe Rafferty, Jamie Allen and Andrew Cannon have all become regulars in the first-team since graduating from the academy, while 20-year-old James Hooper featured twice last term and teenagers Aaron Morley and Dave Owusu earned senior debuts during the 2016/17 campaign.

Another former apprentice to establish himself as a stalwart in the first-team is Callum Camps, 21, who has made more than 100 appearances for Dale and has recently been made captain.

He said: “It’s really good to see the people you’ve been playing with for the last few years, playing week in week out – it’s brilliant that we’ve all come through together and we’re all doing well.

“I think it’s a great club and the Academy are doing so well at bringing young players through. It’s an honour to wear the captains’ armband.

“I’ve played for Rochdale since I was 12 years old so it’s a brilliant feeling. I definitely feel proud to wear it and I’m happy that the manager has asked me.”