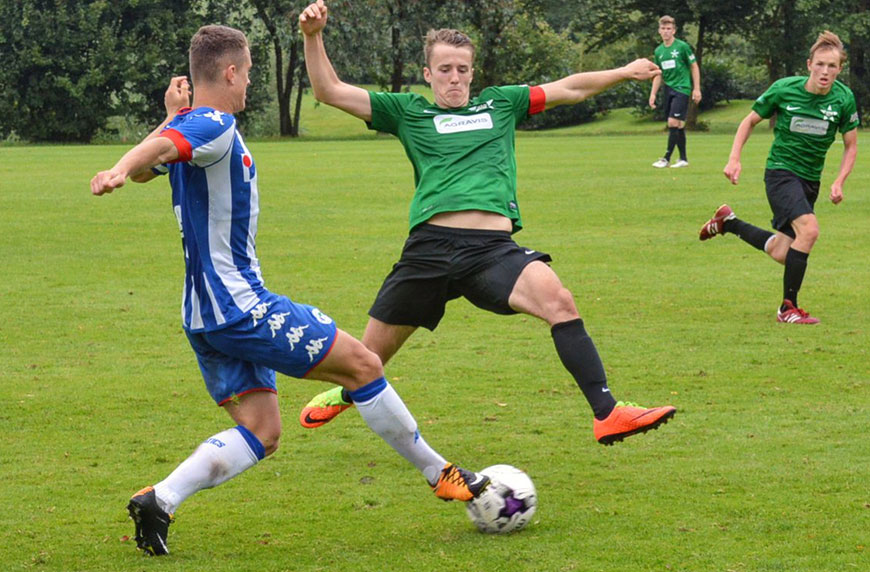 All eight English clubs were in action over the weekend as part of their LFE trip to the Netherlands. Here’s a review of how each team fared:

Matty Wolfe bagged a hat-trick as Barnsley came back from a two-goal deficit to record a thrilling 3-3 draw with Excelsior Rotterdam.

The Dutch side opened the scoring in the first half but were pegged back when a swinging cross from the left was nodded down to Wolfe, who took one touch and hit a composed left-footed volley low into the corner of the net.

The tourists fell behind once again and Excelsior soon doubled their advantage as the young Tykes faced an uphill task to salvage anything from the game.

However, the team rallied in the latter stages and Wolfe was once again clinical in front of goal, netting twice to level the scores and claim the match ball.

It was a difficult opening game to Burton’s LFE trip as they were beaten 11-2 by a strong and older ADO Den Haag outfit.

The Brewers youngsters did manage to gain some consolation through goals from Charlie Dowd and Kyle Clamp, but it proved to be a tough learning experience for the Albion players.

Coventry’s youngsters suffered a 3-1 defeat but fought admirably against a technically gifted Feyenoord side.

The Sky Blues held their own for large periods of the game, but the Dutch team’s class eventually shone through, although Morgan Crowther’s fine strike from 12 yards provided a reason to cheer for the visitors.

The Grecians made a flying start to their trip in the Netherlands with a terrific victory against FC Dordrecht, with Jordan Dyer and Joe O’Loughlin getting on the scoresheet.

Exeter raced out of the blocks against the physically strong home team and broke the deadlock just 10 minutes into the game when 16-year-old Dyer found the back of the net.

The English side maintained a high intensity throughout and managed to thwart any threat posed by the Dutch opposition until they were able to extend their lead through O’Loughlin as they pulled off a tremendous win.

Having produced a win in their opening game in Germany against MSV Duisburg, Fleetwood were unable to repeat that feat after falling to defeat against SC Preuben Munster.

Sam O’Halleron netted the winner in the previous match and made it two in two for the Cod Army, but his strike was not enough to prevent defeat against the impressive German opponents.

Hartlepool’s Under-18 team were unfortunate to be narrowly edged out by ADO Den Haag in a hugely competitive clash.

Pools more than matched the Dutch club for the majority of the game, but were on the wrong end of the result despite goals from Connor Simpson and Jon Weirs.

The touring team made a promising start and were rewarded by taking the lead when Simpson struck on the half hour mark.

After seeing their advantage overturned, Weirs notched a second goal for Hartlepool to set up an exciting final phase of the game with a 3-2 scoreline in favour of the hosts.

But Pools left themselves vulnerable at the back as they went in search of an equaliser, allowing Den Haag to kill the game off late on with a fourth goal.

Louis Collins scored a second-half leveller to earn Scunthorpe a 1-1 draw in their opening fixture in the Netherlands against Excelsior Rotterdam.

In a closely-contested first-half, the Iron youngsters were unlucky to go a goal behind before the break.
However, Scunthorpe made a swift response after the restart when a slick team move was neatly converted by Collins to give them a deserved equaliser.

Both teams created opportunities to snatch the victory, but a draw was a fair result to secure a positive result for the English club.

The Latics remained unbeaten by recording their second stalemate of the trip after a spirited fightback from two goals down thanks to late strikes from Mwiya Malumo and Will McGuffie.

It was a cagey affair during the first 45 minutes, with Wigan keeper Jordan Perrin providing the standout moment by producing a terrific early save with his outstretched left boot.

The game came into life after the break when the home team took a controversial lead just minutes into the second half after a free-kick was taken, with the ball still rolling, into the path of an offside player, who ran through and slotted into the bottom corner.

Perrin was again called into attention by making a smart save to tip a powerful shot over the bar, but he could do nothing to prevent the hosts doubling their advantage through a glancing header from a long cross from deep.

However, Wigan were handed a lifeline with 20 minutes to play when Malumo scored a penalty after Bradley Roberts was brought down in the area, before McGuffie met Joe Downey’s free-kick with a powerful header to restore parity just moments later.