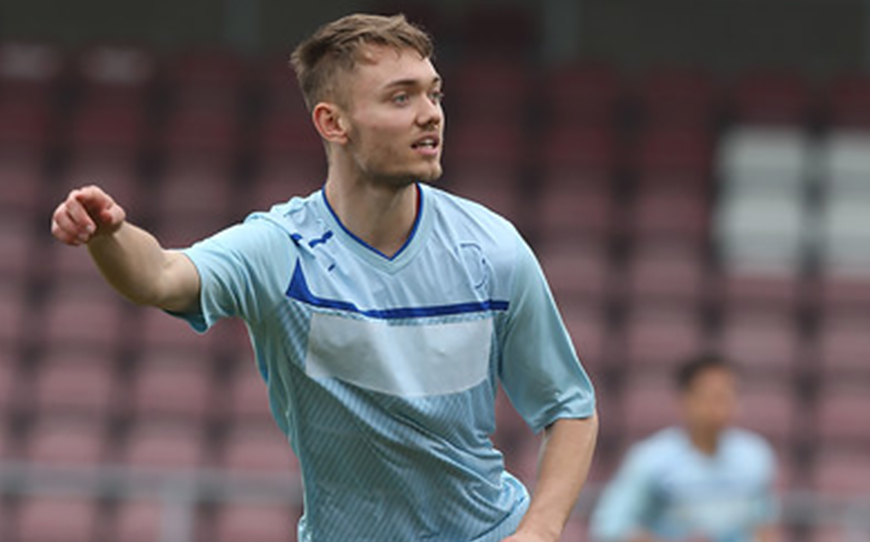 Jordan Forrester and Macauley King are the latest pair of former apprentices to head to the USA after securing scholarships at American universities.

Forrester, formerly a winger at Coventry City and defender King, who was released by Leicester City 12 months ago have taken advantage of LFE’s partnership with Pass4Soccer to rekindle their football dreams on the other side of the Atlantic.

Forrester, an avid Foxes fan, will jet off to Virginia next month, where he will take up a place at James Madison University to play for The Dukes soccer team.

He said: “I was at Leicester City’s academy from a young age but Coventry offered more what I was after, although it was strange leaving City for one of our main local rivals.”

The winger was with the Sky Blues from the age of 12 to 18, but was among five out of eight apprentices who were not offered a pro deal at the end of the 2013/14 season.

He said: “I was absolutely gutted. I’d been out injured for a long time with a shoulder injury, which hampered my chances, but I was devastated.”

He continued: “I can’t wait. It’s the chance I’ve been waiting for and I’m determined not to waste it. Living so far away from home will be a challenge, but it’s such a great opportunity.”

King, meanwhile, will play for the Mountain Lions soccer team while studying at Young Harris College, in Georgia.

The defender, who is already out in the States playing summer league soccer in Mississippi before starting his course next month, described it as a “fantastic opportunity to progress my football career”.

He added: “It’s one of the best soccer programmes in America. I am really looking forward to the challenges ahead.”

Pass4Soccer partnered with LFE three years ago in order to help provide a pathway for apprentice players to continue playing football at a high level while gaining an academic qualification.

Tom Nutter, director of Pass4Soccer, said: “It’s basically a second chance for these young players and a very good one. It’s an incredible opportunity for the two boys.”

He continued: “We’ve been going now for about ten years and we’ve had several young British players go on to play for Major League Soccer clubs. With hard work and dedication, there is nothing to stop Jordan and Macauley doing the same.”