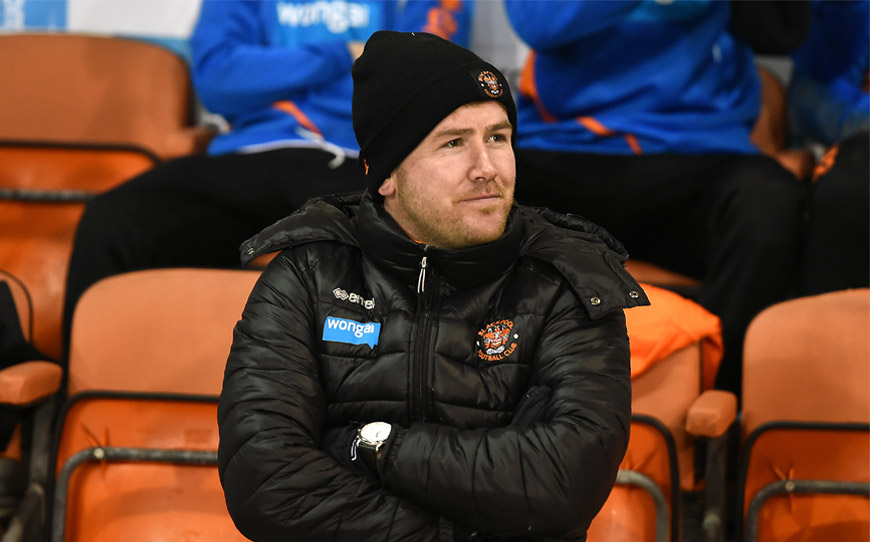 Blackpool Under-18 boss Ciaran Donnelly has encouraged his players to push for a League and Cup double as the Youth Alliance season heads into its latter months.

The Seasiders suffered a setback on Tuesday after a disappointing 2-1 defeat to Wrexham, but Donnelly believes his side are capable of being amongst the top teams come the end of the season.

“We’ve beaten all the top three teams,” he told LFE. “We beat Wigan on the first game of the season, we’ve beaten Bury, we beat Walsall twice, but we’ve dropped points against the teams that you would look at in the league table and expect us to beat.”

“We’ve lost some games that if we want to be up there, we should be picking up points and unfortunately we’ve dropped too many. We’re only halfway through the season in terms of games played, so there are lots of chances for us to get right up there; we just have to put a good run together.”

The Tangerines, who sit nine points off top spot, visit leaders Wigan this weekend knowing anything less than a win could be curtains for their title aspirations.

Blackpool’s campaign has been heavily disrupted by the winter weather and the standard of pitches has suffered, to the frustration of their manager.

“Unfortunately for the last three months, we haven’t played on a good pitch for that long home or away,” he said. “We train on a 3G surface most of the time where everything is great.”

“The ball is flying; we can work on team patterns and things that can develop in the game, but then when it actually comes to a game that goes out the window. There’s only so much of that before it becomes non-league, when we’re trying to produce Football League players. It’s difficult.”

“There’s been so much disruption to the schedule, should we be looking to play on 3G pitches more in the winter months to make sure that the lads’ development stays in place?”

“Our lads have only played three or four games in three months, in which all of them have been scraps. They’ve missed three months of football development in a key time of their development, so that’s something for people above me to take up.”

One positive to look forward to for the team is a chance for silverware, after Pool booked their place in the Lancashire FA Youth Cup final after a penalty shootout triumph over Rochdale.

“You can’t beat being in a cup final,” Donnelly said. “A lot of these lads have played in academy football for a lot of years where it’s non-competitive in terms of points, so to come into a competition and get to a cup final to win a trophy is fantastic.”

“We’re looking forward to seeing who we’ll play and then we’ll prepare to play a big final.”