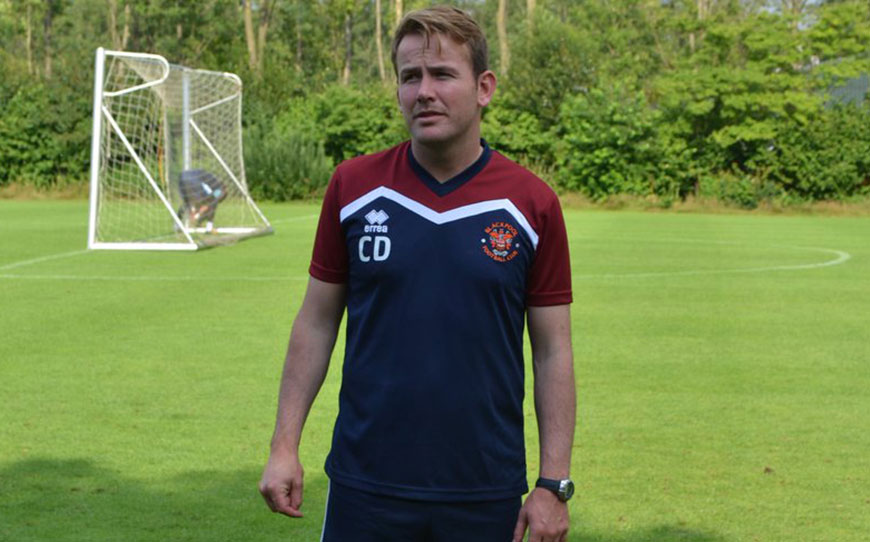 Blackpool Academy manager Ciaran Donnelly has hailed the success of the Under-18s trip to the Netherlands.

The Tangerines have returned home after a fortnight away on the LFE tour, in conjunction with Erasmus+, having played three matches, taken part in several training sessions with Sparta Rotterdam and experienced the local Dutch culture.

“It was a fantastic trip and brilliantly organised by the LFE,” Donnelly told the club website. “It had the right mixture of training, games and trips out to take in some culture.

“The games were really competitive and a really good standard, it was a great test for us because we were playing against Under-19 teams. I’ve got to spend two weeks with our players and I’ve learnt a lot about them; some good things and some not so good things.

“Spending that kind of time away with the lads has given me a really good insight into their characters, professionalism and general attitude to wanting to be a footballer.”

The Seasiders travelled to Germany to draw 1-1 with Osnabruck, before heading back to the Netherlands to beat FC Utrecht 1-0 thanks to a dramatic stoppage-time strike from Ralph Chea.

Blackpool completed their trip with a disappointing 2-0 defeat to Excelsior, but Donnelly was delighted with the application of his players.

“We really did play as well as any Under-18 team has played since I took on the duties of the Under-18s over a year ago now,” he said. “It was probably as good a single performance as I’ve seen (against Utrecht).

“It was great to see the lads really step up to the plate, and that was one of the challenges I set them before the game. FC Utrecht finished fifth in the Eredivisie last season and their academy is renowned as one of the best ones.

“Everybody in the team played really well and some individuals really stepped up and showed me they have the talent and desire to get to that next level, which is what we are looking for.”

Pool were exposed to a fresh approach both on and off the pitch, but Donnelly insists the Dutch football philosophy shares similarities with the English game.

He added: “Academies in England have moved forward in the last three or four years and we’re doing very similar things to what Sparta Rotterdam presented to us.

“I know the England national team had trouble in the summer, but that’s more a mentality thing.”