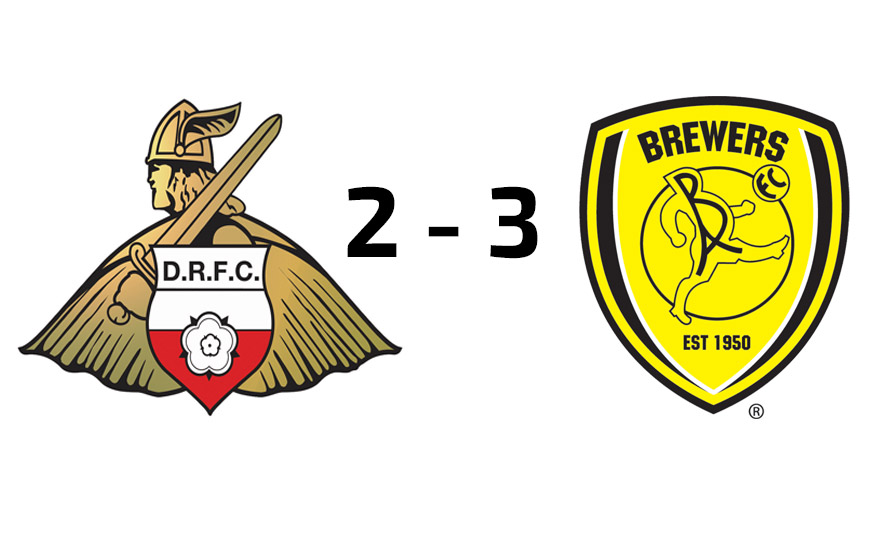 By Joe Harris: An inspired second half performance from Burton retained their interest in the North East Youth Alliance title race as they put Doncaster to the sword at Cantley Park.

It was a welcome return to form for Albion. Three successive defeats had derailed their pursuit of Oldham at the top of the table. While they remain seven points behind the Latics and four behind Mansfield in second, this victory at least provided a glimmer of hope with five games still to be played.

From 1-0 down at half time, the Brewers turned the game on its head eventually coming out 3-2 winners, scoring two goals in the final 10 minutes to claim a valuable three points.

Burton’s Joel Steer and Kyle Clamp completed the scoring for the away side late on, after Jack Hallahan’s penalty drew the scores level just after half time.

It wasn’t for the want of trying however for Doncaster. Brandon Horten’s strike inside the first two minutes got the scoring underway, and Matt Overton’s strike just wasn’t enough for Doncaster to snatch a point at the death.

Rovers started the game the strongest, and within just the first two minutes found themselves one goal to the good. A hopeful through ball was latched onto by Brandon Horten, who rolled the ball into the back of the net following a mistake by Burton Keeper Callum Hawkings.

The home side without a win in 6 games should have increased their advantage with two drilled efforts from Jacob Fletcher testing Hawkings’s reactions.

Burton slowly grew into the game though. Ethan Vale tried his luck from 30 yards only to see his effort cannon back off the bar and they were then fortunate to survive a loud penalty appeal when Cody Prior appeared to be fouled in the penalty area.

Five minutes into the second half though, a penalty was awarded, for Burton Albion. Joel Steer turned his man and burst into the box before going down under pressure. The Brewers Jack Hallahan converted the spot kick.

The impressive Steer nearly inflicted more damage to the hosts moments later. His neat one-two saw him race towards goal but he was unable to beat keeper James Leverton.

The warning signs had been there. And at the third time of asking Steer grabbed his goal. A superb turn of pace saw him peel away from the Rovers backline to finish past Leverton.

Brewers substitute Kyle Clamp showed glimpses of quality when he came off the bench in late in the second half, and he sealed victory for Burton with a crisp left foot finish from the edge of the box, following great a great delivery from Charlie Dowd from the right hand side.

However, Doncaster weren’t finished, as they pressed late on and got themselves back into the game with just minutes remaining. A lapse of concentration at the back gifted a chance for Matt Overton to slide the ball past the stranded goalkeeper, to narrow the deficit to just one goal making the score 3-2.

Doncaster pushed forward in the dying seconds and should have come away with a point for their efforts, however Overton couldn’t keep his drive down.

Rovers Academy boss Kieran Scarfe said: “I think there was a lack of quality on display, and to be honest I don’t think it was a fair result, I think a draw would have been a much fairer result but that’s football”