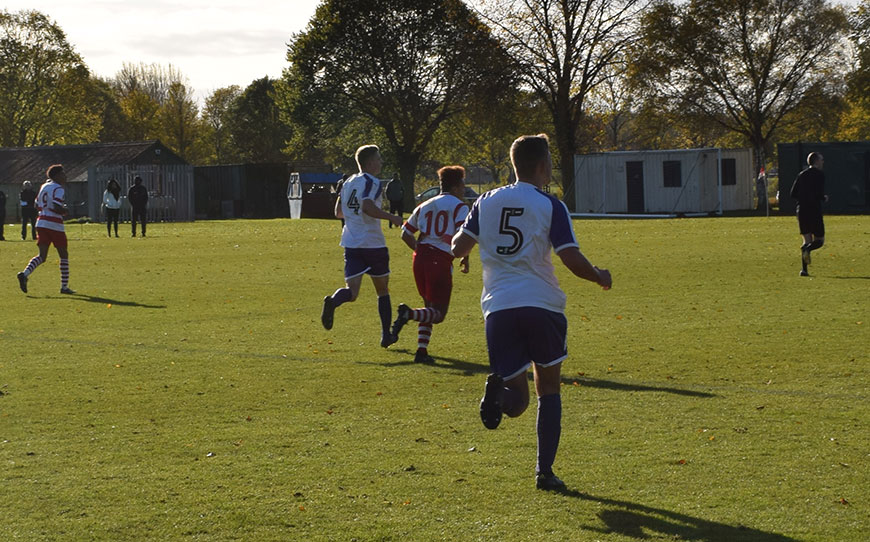 By Joe Harris: Doncaster Rovers Under-18s held onto a hard-earned point against high-flying Rotherham United despite being reduced to ten-men in a tightly contested 2-2 draw.

A Jack Watson strike after just 18 seconds put Rovers ahead before goals from Joshua Kayode and Deegan Atherton gave unbeaten Rotherham the advantage midway through the second half. Defender Keegan Townrow’s header was enough to rescue a point for the hosts though.

Doncaster rested a number of regular members of the team with an eye on their midweek FA Youth Cup fixture against Blackpool, with a third round trip to West Ham United awaiting the winners.

Their makeshift side got off to a sensational start, opening the scoring almost from kick-off. Myron Gibbons raced down the left flank and centred for Watson to nod home from close range.

The Millers have not been beaten in the EFL Youth Alliance North East division in 11 outings since a 1-0 defeat to Rovers back in April and should have levelled when Akeem Hinds fed a superb through ball to Kayode, but his effort rolled wide of the post.

However, he atoned for that miss by converting from Reece McGinley’s free-kick shortly afterwards.

The visitors pressed ahead after the interval when Atherton was the quickest to react from a corner-kick that wasn’t cleared properly.

Rovers inexperienced side restored parity when Martijn Smith’s free-kick was launched into the area and flicked towards the goal by Townrow, with keeper George McMahon left stranded.

However, the Millers were handed a numerical advantage when Omar Sanyang received his marching orders for a second yellow card with 20 minutes remaining. However, Rovers could have edged it late on when Gibbons capitalised on a slip from Hinds but was then unable to beat McMahon.

The result allowed leaders Oldham Athletic to extend their lead at the top to four points as Rotherham drew for the third time in their last four games, although they maintain a game in hand on the Latics.

Rovers Under-18s manager Paul Stancliffe told LFE: “With all things considered today I thought we were excellent. We tried fielding a younger team at Notts County and it backfired, we didn’t work hard enough. But today we performed and got a well-deserved point.

“Even going down to ten men, we worked twice as hard and we had to do that to stop Rotherham’s threat. They’re a good side but in all honestly we could have won it. Myron (Gibbons) had a great chance late on.

“Overall, I think we had the better chances and carried the bigger threat, the one thing that let the boys down today was set-pieces. Other than that I was impressed with the performance.”