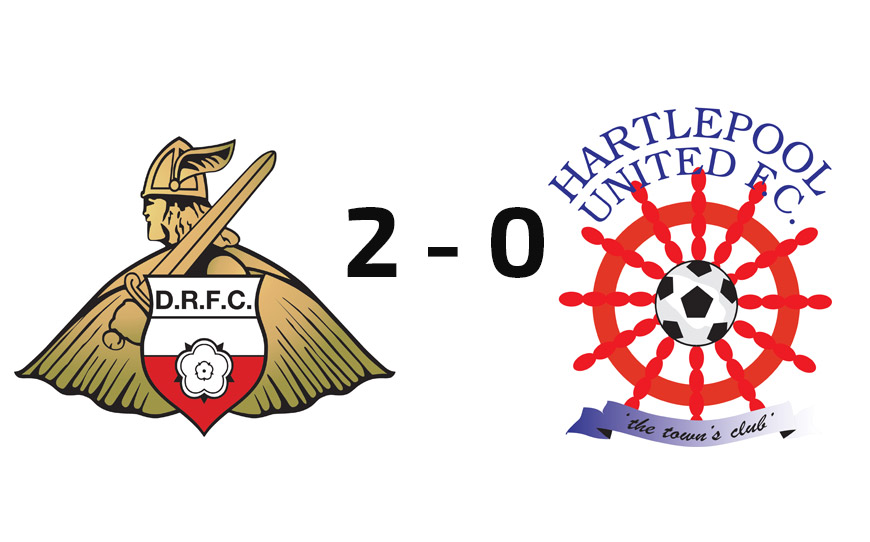 By Joe Harris: Two first half goals ensured Doncaster prevailed over Hartlepool as they maintained their hopes of a title push.

Kevin Mbuti’s close range finish and Will Longbottom’s half volley helped Rovers – who currently sit seventh, seven points behind leaders Scunthorpe – to record back to back victories in the Youth Alliance League for the first time since October.

Hartlepool, who started the game a point behind Doncaster, finished the game with 10 men after a controversial sending off late on.

It has been an inconsistent period for Rovers Under-18s though last weekend victory against Notts County has restored confidence. The young Rovers continued from where they left off as centre back Kevin Mbuti smashed the ball into the back of the net from close range early on.

The Hartlepool defence failed to clear a deep corner, and Mbuti was quickest off the mark to hammer home the loose ball. Hartlepool had chances early on, but failed to take advantage of the opportunities that came their way.

Rovers capitalised on the profligacy of their visitors late in the first half. The Hartlepool backline failed to clear a deep ball into the box and paid the price, as winger Will Longbottom picked up the scraps to fire his effort into the bottom left corner.

Rovers threatened to put themselves out of sight shortly after the interval. Joe Pugh’s near post strike came back off the woodwork and the visitors then scrambled a ball off their goal line moments later.

Doncaster Academy Manager Paul Wilson described his team’s performance as “solid” as they look to build momentum in the final stretch of their campaign.

“Every game we are looking to compete, and I thought we did that,” Wilson said. “We were solid and played some pretty good football in the conditions.”

Wilson, who hasn’t seen his side lose at Cantley Park [home] this season in the league, attributes that excellent form to “pitch conditions suited to the team.”

However, it wasn’t all plain sailing for the home side, as late on tricky winger Liam Travers took on the Rovers defence and was tripped in the box. Jack Blackford’s placed penalty though was saved by Louis Jones.

A miserable morning for Hartlepool was completed when Travers was shown a red card after an aerial challenge left Connor Williamson in a heap on the ground.