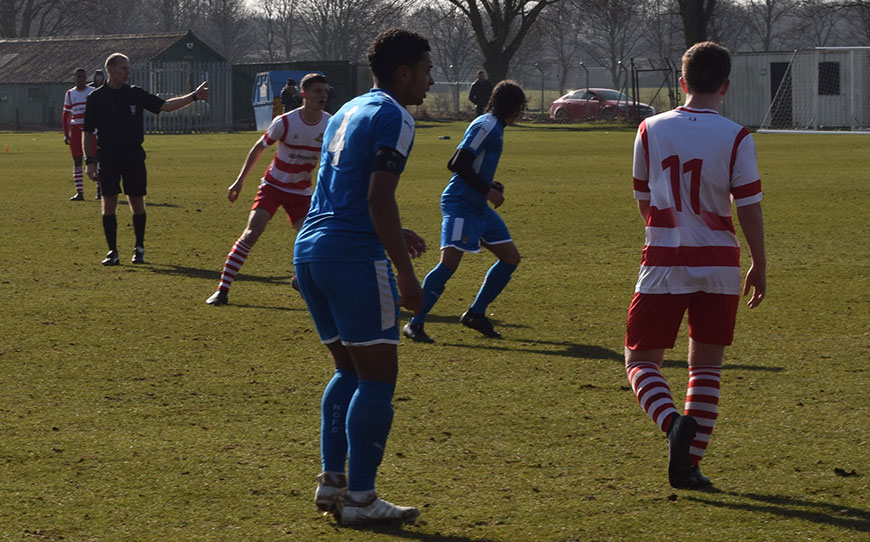 By Joe Harris: Doncaster Rovers Under-18s were unable to register their first win of the calendar year as they played out a goalless stalemate with Notts County Under-18s.

In a closely fought contest, the clearest opening of the match fell to County captain Declan Dunn shortly before half-time, with his header being acrobatically cleared off the line by defender Cameron Baldock-Smith.

Rovers fielded a particularly youthful side that included a first start for 15-year-old Will McGowan, yet despite their lack of experience at Under-18 level, Paul Stancliffe’s team remained well organised and frustrated the visitors.

Doncaster almost took an early lead when Anthony Greaves hit the target direct from a corner, but keeper Max Culverwell was alert to the danger and parried away to safety.

The away side posed a threat of their own soon after as Vion Etete’s pace caused problems for the Rovers backline, although his low finish was thwarted by the onrushing stopper Louis Jones.

McGowan’s left-footed effort from distance floated over the bar, while Cody Prior fired across goal before a goalmouth scramble came to nothing as the hosts threatened to break the deadlock.

At the other end, Dunn came close for the second time in the match as his free-kick went inches wide of the top-right corner, but ultimately neither team were able to snatch the three points.

Doncaster Under-18s coach Stancliffe told LFE: “I was happy with a lot of things today, we have fielded a really young side and they’ve all stood up to the challenge.

“We did have some chances now and again which on another day we might have taken, but that is how it goes. We will work on some of those things on the training ground between now and next week.”

Meanwhile, Notts County PDP Coach Simon Clark said: “I think we built up the final third excellently today, I was happy with that, but we just lacked a little bit in the final third. It’s what we call the money ball in training, so in that respect we could have been better.

“We came up against a wall when we got into that final third, we had a chance late on in the first half and sometimes you have to recognise that it is outstanding defending, but if we were to win the game today I would have expected us to have created a few more chances.”