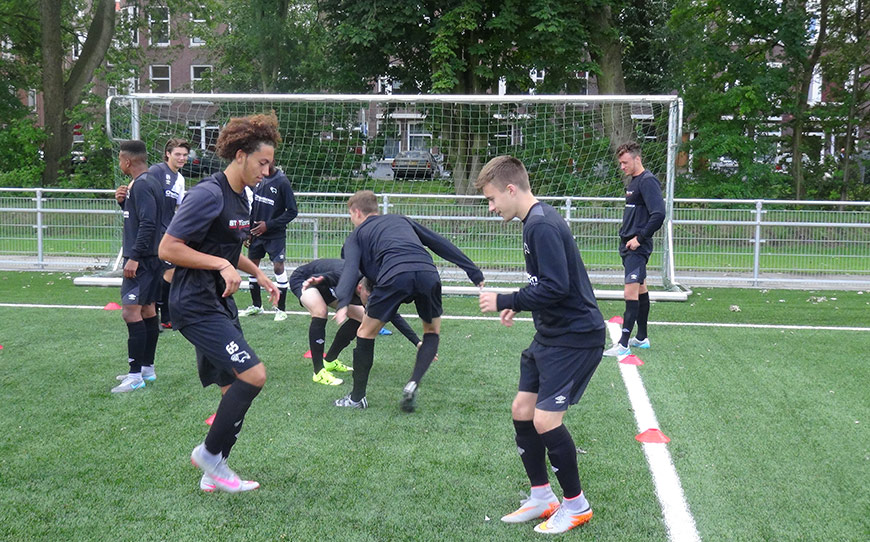 Derby County’s academy team have had a busy week since arriving in The Netherlands on Monday. The team has been hard at work, training rigorously in preparation for next season.

The young Rams will also be getting ready for their first match of the trip, with an exciting clash against Feyenoord coming up tomorrow (Saturday August 1st). The game, which kicks off at noon (local time), will be a stern test for East Midlanders and will give them a chance to show what they have learnt so far in training.

The team will also have the opportunity to relax and take in the culture whilst in The Netherlands. Today they will have the chance to go on a bike tour to see the sights, with a boat trip also scheduled for next week.

They will also have an exiting weekend ahead, with a tour of Amsterdam Arena, home to Dutch powerhouses Ajax, coming up on Sunday morning. Later that day they will also travel to watch PSV and Groningen compete in the Johan Cruyff Shield.

After a relaxing Sunday, the Derby boys will be back training again from Monday before playing another two fixtures later in the week. They will face AZ Alkmaar and Chinese Super League outfit Guangzhou Evergrande, before returning to the UK.