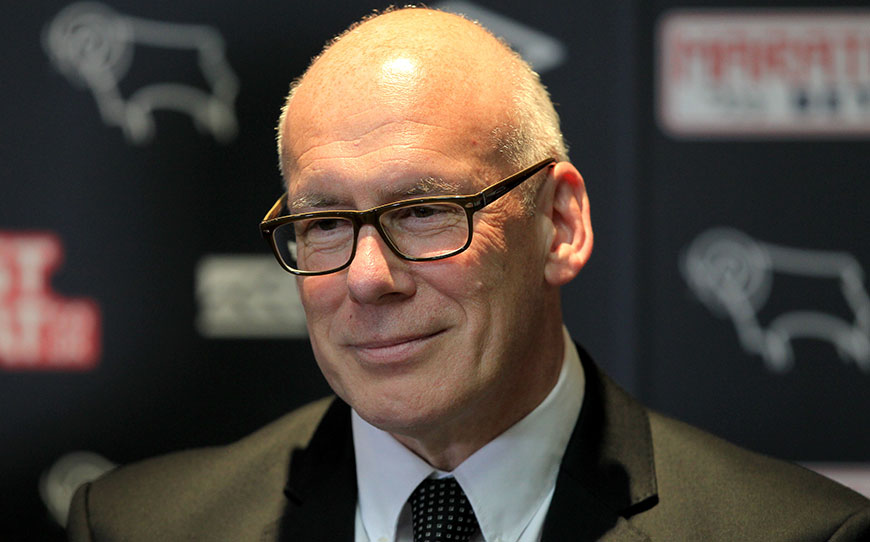 Derby County owner, Mel Morris has said that he wants half of the club’s first team to have come through the Rams youth academy within the next five years.

Morris believes that his ambition is achievable and would help the club avoid being forced to pay inflated fees in the transfer market.

Derby spent £20m in the most recent transfer window – the highest amount of any Championship club. That figure also represented a bigger net spend than both Arsenal and Tottenham.

Academy graduates Will Hughes, Jeff Hendrick and Jamie Hanson are all currently in Paul Clement’s first team squad while the likes of Mason Bennett and Farrend Rawson (on-loan at Rotherham) are not far behind.

“My view is that we have to make the Academy responsible to develop people we can bring into the first team,” said Morris, who completed his purchase of the club from North American Derby Partners LLP, last week.

“We’ve already got players like Jamie Hanson firmly in the squad and doing very, very well, among others.”

“These are key components of what we’re trying to achieve. Within five years, I’d like to think that 50 per cent of our first team is from our Academy. That seems like a big ambition – but it’s only actually one player a year.”

Morris is pleased with the new additions to Paul Clement’s squad but said: “Am I happy with pricing the way it is in the Championship? No, of course not.

“We knew a year ago, probably with the Ross McCormack deal to Fulham that things were never going to be the same again. The new Premier League TV money deal (£5.14bn starting next season) means clubs are now chasing this big pot.”

“Why, I don’t know, because although the TV deal goes up this year, it won’t make much of a difference, because all that will happen is the price of the players will go up and their salaries will go up, so it won’t actually change the dynamic that much.”

“What it does mean is that when clubs come down, we’re having a lot more well-funded clubs to compete against. That will push the price of players up further, so we’ll have to think about how we will compete with that.”