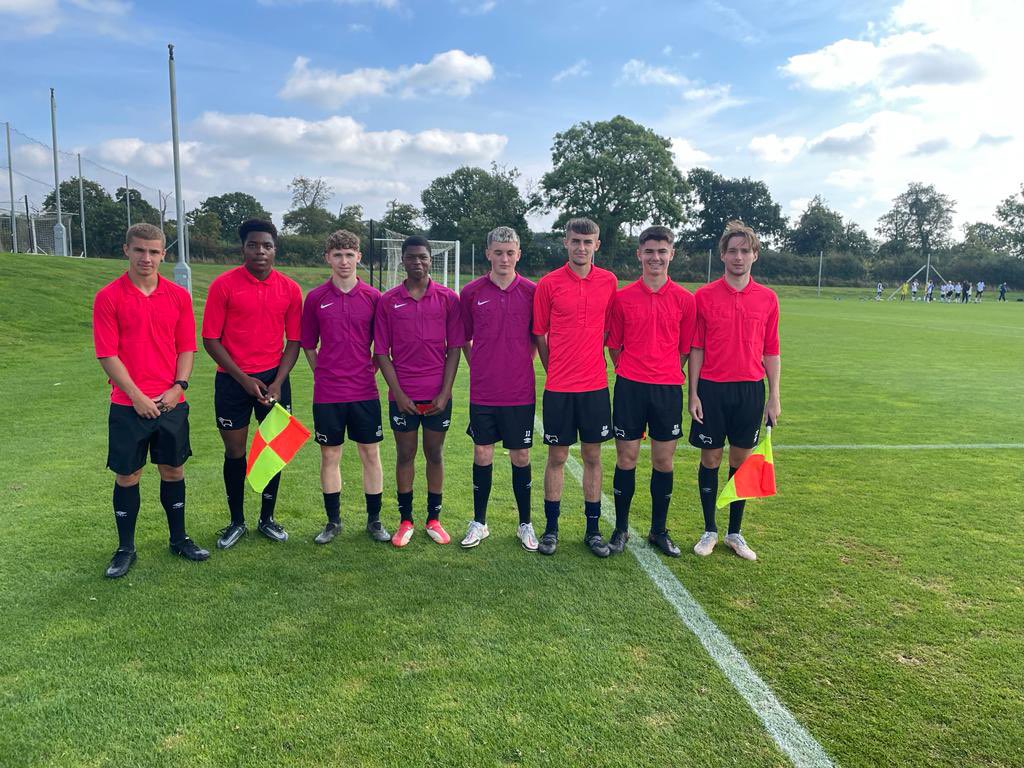 Derby County apprentices have been praised by Hull City coaches and parents after a number of first-year and second-year scholars stepped in to officiate the football club’s schoolboy fixtures, following a shortage in local referees.

The Championship outfit are currently experiencing a period of financial difficulty after entering administration in September and sit at the bottom of the league table following a 12-point deduction.

The Rams’ Head of Education and Welfare, Simon Ord, hailed the apprentices for their desire to give back to the academy during a difficult time. Speaking to LFE, he said: “That weekend was a real tonic. The week before was a tough week for us all. There was a lot of meetings about administration and the financial position that the football club was in.

“On that particular weekend we were let down by local referees, so it was a case of thinking outside of the box, otherwise all of the schoolboys’ games would have been cancelled.

“I’m not entirely sure how the lads found out about the situation to be honest, but a couple of them put themselves forward to referee. One of the lad’s is already doing his refereeing badge. There was then a conversation between them all and before we knew it, we had all of the games covered by our apprentices. The kit man sorted them out with some proper kit. They did a fantastic job, which was proven by the really great feedback we had from the coaches and parents of Hull City.”

And there was also a positive reaction on social media, after Derby County’s Academy account posted an image of the apprentices in their officiating attire. The tweet was viewed over 80,000 times and caught the eye of Derbyshire FA, who have since held formal talks with the club to launch a bespoke refereeing programme for all apprentices. The specially designed course will provide another exit pathway for apprentices, which Simon sees as a huge positive:

“The tweet went down brilliantly and for Derbyshire FA to see it and organise a refereeing course tailored for our first and second-year scholars is great. It will offer another qualification and a possible exit pathway. Initially I think some of them were slightly nervous about doing it, but now that they have experienced it, they are keen on doing a qualification.

“In the BTEC, the lads do a ‘Rules and Regulations’ module and this will tie in with that nicely. As well, for the lads that live in digs and live a long way away, Sunday can be quiet a long day for them sat at home. So, with this qualification, they will come and referee an academy fixture at 11 am or run the line for a couple of hours. It’s a great way for them to build up that social connection.

“These lads have been playing the game since they were eight or nine years old. It’s a way of them giving back to the academy, having come through the system themselves and played on those pitches on a Sunday morning, but, also, it’s seeing the game in a different perspective. As part of the new SEP programme, they are challenged to gain experience in different parts of the football club, and this is another angle for them to look at.