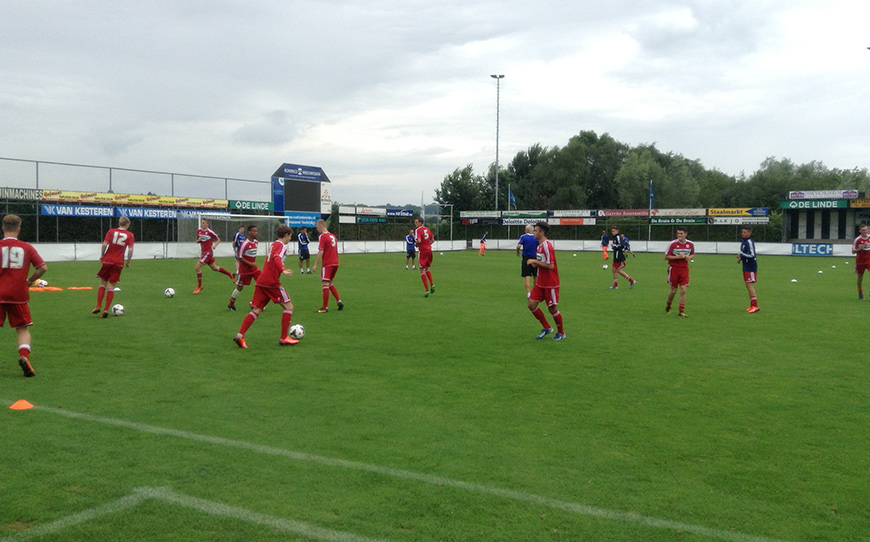 After training, we had our day out at the Overloon museum, which taught us about the weaponry and battles in World War 1 and 2. I don’t think some of the boys were too interested in the facts we were told, but it was good to get away from the hotel and have something different to do! Once we got back to the hotel we went into Venlo and walked around for an hour before going to a restaurant by the river. The food was very nice and the atmosphere around the table was in high spirits.

After our meal, we got back to the hotel, where we went straight to our beds to rest in preparation for our game the next day. Everyone was excited for the day ahead!

Game day arrived and we got a bit more of a lie-in than usual, which is always a bonus! We had our pre-match breakfast and then set off to the pitches at 11:00, where we warmed up in the heat along side our opponents, FC Twente.

The game was very difficult as the sun felt strong and the opposition were tough. After a valiant team effort, we saw out a 2-0 win. A great start to our tour!

After our game we had tickets to the VVV Venlo pre-season fixture against FC Zwolle. However, about an hour into the game, we decided it was time to go because we were tired from our match and didn’t find the game particularly interesting.

For dinner, we were treated to pizza and chips as a reward for our hard work. Winning tastes good!