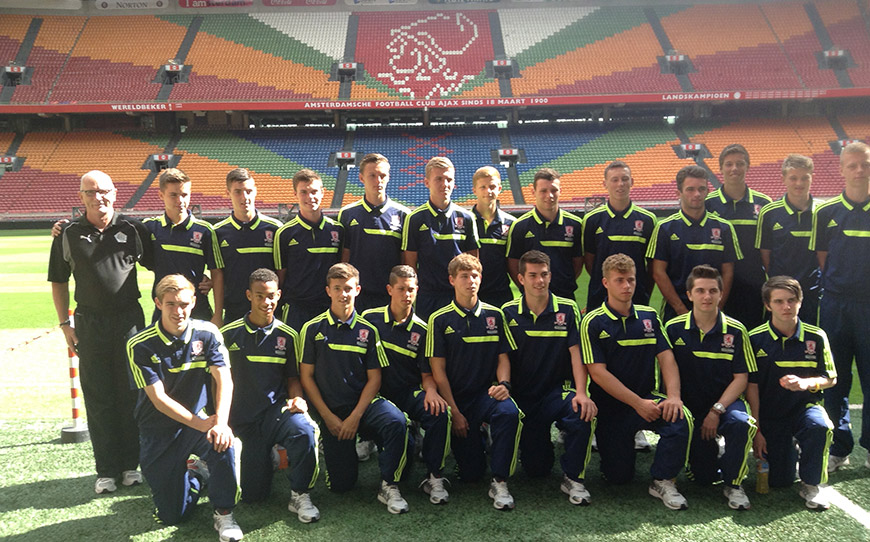 We were off to Amsterdam, which meant we had to be up for an early start – which pleased nobody!

We began with a two hour journey, so we tried to catch up on sleep as we travelled towards the Amsterdam Arena. On arrival, we had a stadium tour, which everyone enjoyed. We went from the press room to pitch side, then to the upper tier.

The size of the stadium was amazing. Imagine playing in a ground like that! It certainly gives you motivation to work even harder to get to a stage like this.

After visiting the stadium we went into the town centre for a walk around. We’d all heard about Amsterdam’s infamous attractions, and so we had to have a wander round for ourselves. I think everyone thought the Red Light District was an interesting place, with all the narrow alley ways we went through.

We stopped for some food and then headed back to the stadium to watch PSV against FC Groningen in the Johan Cruyff Shield, which ended 3-0 to PSV. The game was a good spectacle and a lot closer than the score line suggested, but in general, PSV were the more clinical team.

It was great to soak up the Dutch atmosphere and watch two impressive teams play a style different to what we’re used to seeing in the Premier League. We’ve all certainly been educated about a different brand of football during this trip, and it’s been great to be exposed to it.