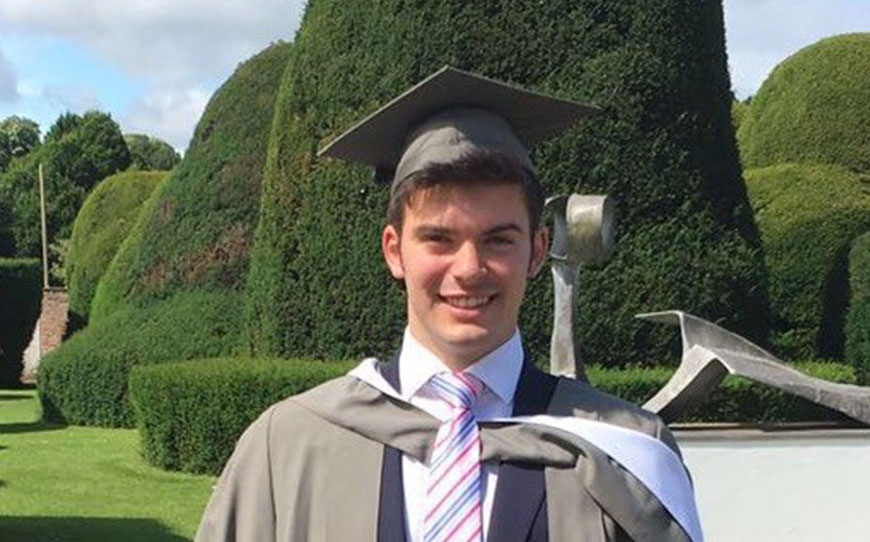 His appointment within the Banks’ Treasury department, as a dealer, followed immediately on from his graduation from the Business School at the University of York, with a degree in Management, earlier this summer.

“My course effectively lasted four years because I did a year on placement at HP in what was the third year of my course,” said Harris, who left Scunthorpe United in 2012.

“Initially, I felt disadvantaged compared to other students who had done A Levels because I had no experience of writing academically, which perhaps wouldn’t have mattered on some other courses but did on this one.

“However, I worked hard and quickly picked things up and enjoyed the breadth of the course. A degree is absolutely worth doing as long as you do something that you’re really interested in. I don’t consider myself to be naturally clever, like anything, you have to enjoy what you’re doing and be committed to be successful,” he added.

That success was aided by experience gained on several internships where he was exposed to working directly on sales strategy, granular forecasting, risk analysis and return on investment analysis.
Yet he happily admits that his first full-time job is already exceeding his expectations.

“This is probably the best job I could be doing other than playing football,”

“I’d originally intended to apply for a graduate position but the company approached me and said that they were rejigging things and would I be interested in a very specific non-graduate scheme position.

“I work on the money markets, assessing our cash position, government forecasts, looking at gilts, our lending to other business and I’ve been given quite a lot of responsibility and it’s been far better and satisfying than I could’ve ever imagined.