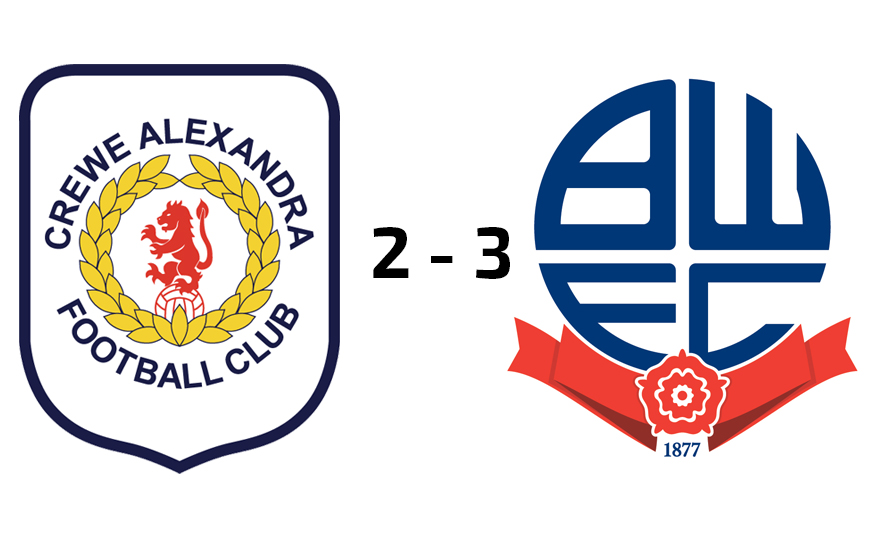 By Liam Gotting: Bolton winger Dennis Politic delivered a masterclass in wing-play and finishing as he hit a hat-trick in Wanderers 3-2 victory at Crewe on Saturday.

In a highly entertaining game Josh Lundstram and Lewis Reilly scored for the Railwaymen, who could have gone second in the table, with a win.

While Bolton dominated the opening half, the Crewe Under-18 coach Kenny Lunt felt his team were unfortunate losers.

“I thought we were great with the ball, he said. “I don’t think we deserved to lose the game.

“I was incredibly happy with the individual performances of the players, on another day this result would have gone our way.”

But it wasn’t and it did unfortunately for Crewe who ultimately paid the price for giving Wanderers a head start.

Left back Ryan White nearly put the away side in front just four minutes in with a strike from distance, which the Crewe keeper Scott Wardley fumbled in his six yard area before it was scrambled to safety.

A counter attack in the 10th minute marked Crewe’s best foray forward. When Luke Walsh surged down the right the ball eventually made its way to Joe Lynch on the edge of the box and he hit a half-volley just over the crossbar.

Bolton laid siege to the Crewe goal though before Politic scored his first with a delightfully curled effort to the keepers right in the 17th minute.

Bolton and Politic doubled their tally eleven minutes later. Striker Cameron Moore found himself on the left wing and he went past Crewe full back Jordan Grant to deliver a fantastic cross which found Politic at the far post. The winger finished the chance off with the minimum of fuss.

Crewe grabbed a goal late in the first half, when home skipper Reilly scored a tap-in after following up on Regan Griffiths’ effort.

The home team came out strong in the second half, pinning Bolton deep inside their own territory for the first ten minutes. However a counter attack led to Politic’s third. The winger this time cut in from the wing and buried the ball into the bottom left corner of the goal to re-establish Bolton’s two goal lead.

Terrific link-up play between Regan Griffiths and Lundstram, led to Lundstram reducing the arrears to a single goal but Bolton held firm to collect all three points.