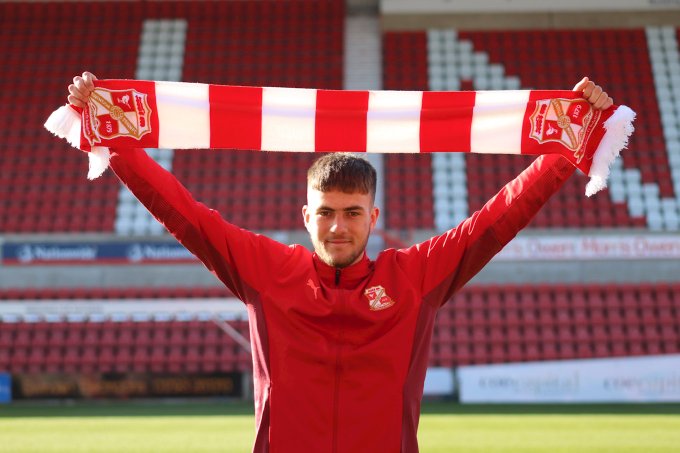 The left-sided player has secured professional terms after an impressive season with the Under-18s this season.

Having been with the Academy since the age of 11, Cowmeadow made his first-team debut against Plymouth Argyle in the EFL Trophy on 12th October 2021 and now Town have high hopes for what Cowmeadow can achieve in the game.

Swindon Town’s Director of Football, Ben Chorley, told the club website: “We are delighted to have another product at the Academy come through.

“George has been with the club for seven years so today is a special day for him and the family.

“He’s a left-sided player with pace and power, someone who likes to beat his defender and take chances.

“We think he has a bright future. His real hard work starts now.”

And also speaking to Swindon Town’s media team, Cowmeadow revealed just what this moment means to him and his family.

“It is a very proud moment for my family,” he said. “Being at the Academy since the age of 11 and going up through the age groups, I’ve got a taste this season of being around the first-team and it has made me hungry for it.

“Seeing my hard work has paid off and getting my first contract is a really big moment for me.

“I know what it is like to train with the first-team having been with them week in and week out this season, so I know what to expect heading into next season.

Alongside his football, Cowmeadow has worked hard to ensure he is on course to achieve his forecast grade in his academic studies, as part of the LFE Apprenticeship programme.