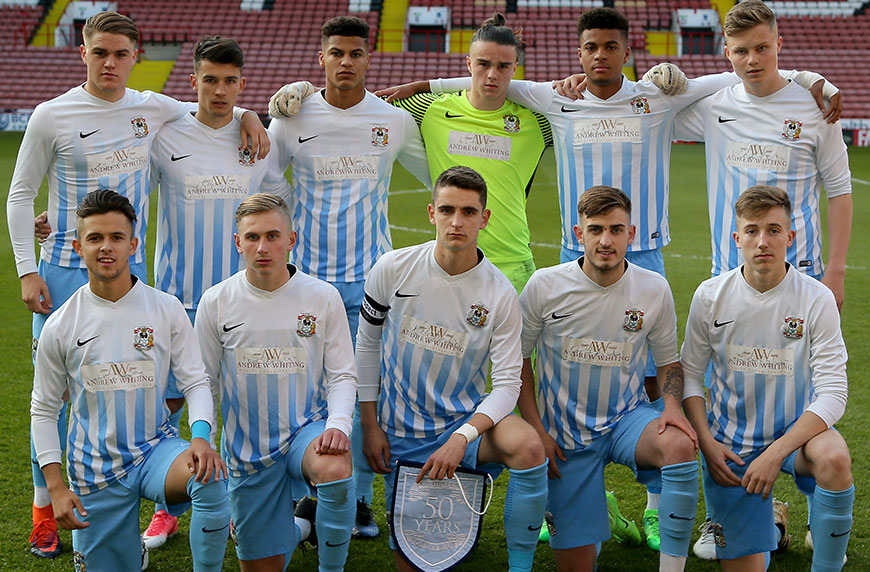 Coventry City have agreed an extension for the Academy setup to remain at the Alan Higgs Centre for the 2017/18 campaign.

The Sky Blues won the Professional Development South last term and fell one step short of clinching the National title, losing 1-0 to Sheffield United in the final.

Chairman Tim Fisher told the club website: “We’re delighted to be able to extend the Academy’s stay at the Alan Higgs Centre.

“It was hugely important for us to secure the immediate future of what is seen as the lifeblood of this Football Club. Their achievements last season further illustrated the talent we have coming through the system here at Coventry.”

Coventry have relied heavily on their academy to produce players for their senior squad, with captain Jordan Willis the primary example, while Lee Burge, George Thomas, Ryan Haynes, Dion Kelly-Evans, Ben Stevenson and Cian Harries have all earned roles within the first-team side.

Academy Manager Richard Stevens said: “This is significant news for us, I am delighted to have secured another season at the Alan Higgs centre and would like to thank Paul for all his help and support.

“The centre has been our base for over 10 years and we have excellent relationships with everyone there. I would also like to thank the parents, players and staff for trusting us throughout a testing period of time.

“We have been through the Category 2 Audit and have had some excellent feedback. We will be able to further update on this over the coming weeks.

“Whilst talks are still ongoing for a long-term solution, this gives us the best option to meet the requirements and maintain our Category Two status as an Academy.”

Paul Breed, Chief Executive of Coventry Sports Foundation, added: “We are delighted to be able to extend the relationship with Coventry’s highly successful Football Academy, whilst we continue to explore the longer-term solutions.

“It is testament to the hard work of Richard and his team that they have, once again, received such a positive audit report from the Football Association.”