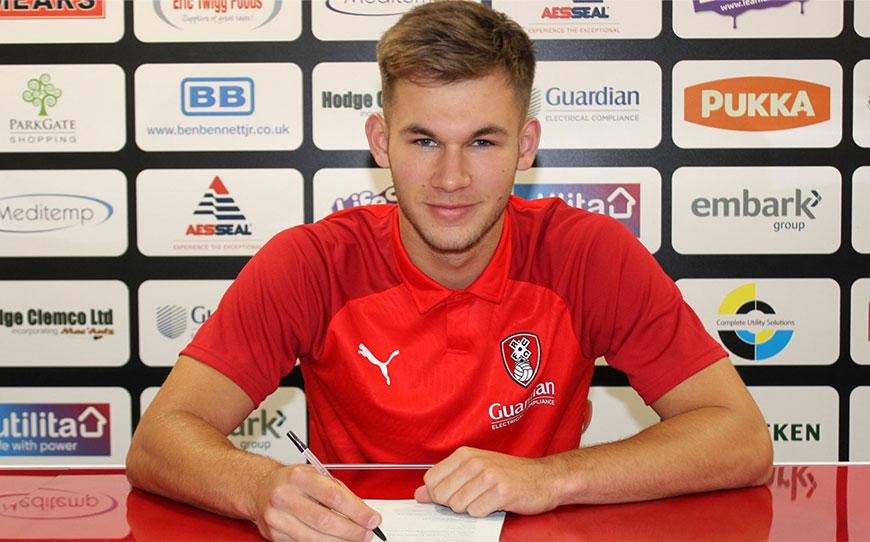 The 18-year-old has been impressive for the club’s Under-18s and reserve teams, while he has also received recognition from Republic of Ireland having been involved in squads at youth level.

Cooper told the club website: “I’m over the moon. It’s something I’ve worked for all my life playing football and it is what every kid dreams of really, so I’m delighted to sign.

“Richard (Hairyes) and Ciaran (Toner) and everyone in the Academy have brought me along a lot over the years and I have to give them a lot of credit for the position that I am in today.

“As a young kid, you want a manager who will give you a chance. If you’re good enough, you’re old enough and I don’t think I could be in a better place.

“It’s a great club and the Gaffer is known for giving out opportunities to lads that deserve them, so it really is a great place to be and I will continue to work hard.

“It will definitely be challenging but that’s what you need at the end of the day. It’s in the club’s philosophy to have players that work hard so you just have to get through it and it sets you up well for the season.

“I know Akeem (Hinds) and JJ (Joshua Kayode) from my years in the youth team and Wilesy (Ben Wiles) as well, so there will be some familiar faces in the senior setup already.”