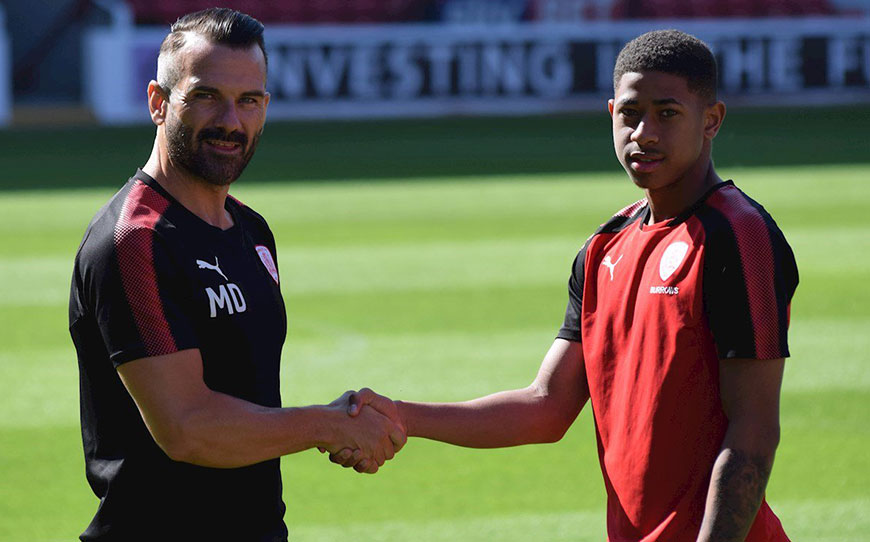 Barnsley have snapped up former Birmingham City apprentice Tai-Reece Chisholm on a one-year deal after impressing in the Under-23s during a trial period towards the end of last season.

Chisholm enjoyed a successful start to his apprenticeship, appearing 27 times for the Under-18s – more than any other Blues academy player during the 2016-17 season.

The midfielder appeared twice during the club’s run to the last four of the FA Youth Cup, but only managed one outing in the Under-23s and was informed that he would not be receiving a professional deal, leading to a move to Barnsley on trial, meaning he missed out on a chance to feature in the semi-finals against winners Chelsea.

However, the switch paid off as he produced some eye-catching displays to encourage the Tykes to offer a 12-month contract to continue his development in Martin Devaney’s Under-23 squad.

“I am very honoured and proud to be part of the Club,” Chisholm told the club website. “I think I’ve worked very hard to get to this point. Obviously, it was unfortunate that I didn’t get a pro contract at my old club but to bounce back and come here, I think I deserve it.

“I’m very excited, hopefully I can push and get into the first team as quick as possible.”