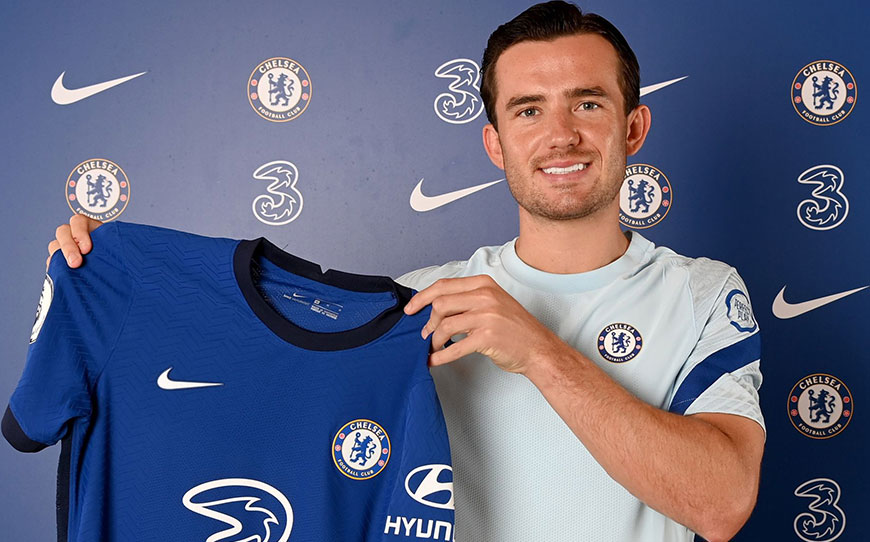 Leicester City academy graduate has completed one of the biggest transfers of the summer after signing for Chelsea for a fee believed to be in the region of £50million.

The England international, who has penned a five-year contract, has emerged as one of the top left-backs in the country over the past couple of years, establishing himself as a mainstay in Leicester’s starting line-up.

Although he missed out on the club’s Premier League title campaign of 2015-16, Chilwell featured prominently the following year, including two appearances in the Champions League against Porto and Atletico Madrid.

In all, the 23-year-old amassed 123 appearances for the Foxes, as well as earning 11 caps for his country at senior level.

“I am delighted to be joining Chelsea at this very exciting time for the club and the manager played a massive part in me signing here,” Chilwell told Chelsea’s website.

“I think every player wants to play for a huge club in their career and I’m no different, but talking to Frank before I signed really made up my mind that I wanted to come and play here.

“He installed a lot of confidence in me, he told me about the system he wants to play, how I’d fit into that and he just seemed a really good guy that you could talk to about anything. It’s important to have that relationship and trust with a manager and he’s also very keen on young players being given a chance.

“We’ve seen that over the past season under Frank, he does play the younger players if they are good enough and just from speaking to him, I’m really excited to be here and I can’t wait to get started.

“Obviously it’s a tough decision for me in the sense that I’m leaving behind a lot of good friends and it’s felt like home to me, as I’ve been there since I was 11 or 12. So in that respect it was difficult but for my career, it wasn’t a tough decision because you just have to look at what a great club Chelsea is. That made it a pretty straightforward and easy decision for me.

“I remember coming here (to Chelsea) and playing in youth games and seeing what a huge club this is, even at that age. It was also a daunting thing, to come and play against Chelsea, so to be part of such an elite club is really exciting for me and I can’t wait to get started.“

“He told me about the system and of course I watched and played against Chelsea over the season, so I know what I’m coming into. I think the way the gaffer sets his teams up is just perfect for me and suits my game perfectly. I just can’t wait to get started and hopefully there are many great years to come.“