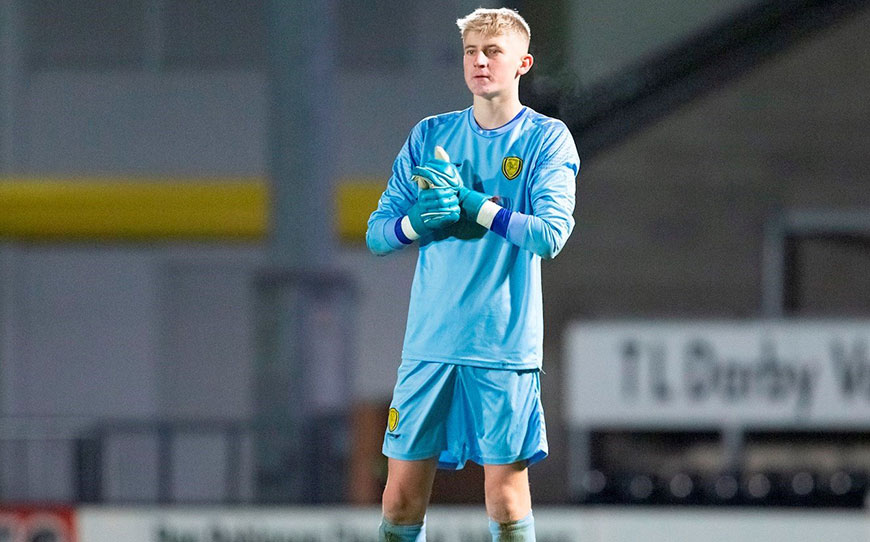 The England Under-17s stopper was one of four Brewers academy players to sign a professional deal in June and has started in goal for the first team in pre-season. He will stay at the Pirelli Stadium on a season-long loan.

Sharman-Lowe told Burton’s website: “It’s brilliant and it has all happened so fast. Burton have developed me so well and now it’s another new beginning and, hopefully, I can develop further with Chelsea.

“I’m excited to be joining such a great club, especially as they are known for bringing on young players. It has all happened in a flash, from playing for the first team in pre-season, and then joining a top four Premier League contender.

“I want to say a massive thank you to all the first team staff, Jake Buxton and the players and to Nigel Clough, Dan Robinson, Paul Reynolds, Sam Rose and all the academy staff for all their help and support.

“I just want to continue training with that support, develop as a player, get a few games and see how it pans out.”

Burton manager Jake Buxton said: “Teddy joined us as a first-year pro when he turned 17 and this is an amazing situation he has found himself in. When we were approached in the off-season, we arranged for Chelsea’s Head of Recruitment to see him play and Petr Cech came to watch him as well.

“We had a conversation with Teddy and his parents and said if he can stay with us and develop that would be great, and he’s proved he’s more than capable of being an important part of the goalkeeping mix here this season.

“He’s a cracking player but he’s also a smashing lad, his parents should be proud of how he is growing up.

“Dan Robinson and the academy staff have done a great job and it just shows how important their hard work is to the football club.”

Burton Albion Chairman Ben Robinson said: “We are delighted for Teddy and his family. Not only is this brilliant news for an exciting young player but it’s important for the football club in these difficult times caused by the Covid-19 pandemic.

“It’s testament to the hard work and dedication of Dan Robinson and the Academy staff in developing Teddy as a player and I also want to thank Burton Albion Director Jez Moxey who led the negotiations with Chelsea and secured a great chance for Teddy to join a top international football club.”

Dan Robinson, Academy Manager, added: “First and foremost, this is a wonderful opportunity for Teddy and we are thrilled for him.

“It’s also great credit to everyone at the Academy and the effort that has been put in to see a one of our players signed by one of the biggest clubs in world.

“It’s through the great work we have done this has come about and former manager Nigel Clough played his part in supporting Teddy’s development which resulted in him earning a pro contract. Now we have seen the player not only represent England but also attract the attention of a club the size of Chelsea.

“We are very excited for Teddy and his family and we wish him all the best.”

Paul Reynolds, Head of Goalkeeping and Welfare at the academy, said: “Teddy wasn’t the biggest lad when he came here from Leicester in 2017 but he made steady progress and his distribution is fantastic and he is calm with the ball as well as being a fantastic shot stopper.

“We got a phone call from one of the England coaches saying they had an under-17 camp and were a couple of keepers short and could we send one, and I spoke to Dan and we sent Teddy. It was the start for him, he got picked and won two England caps.”