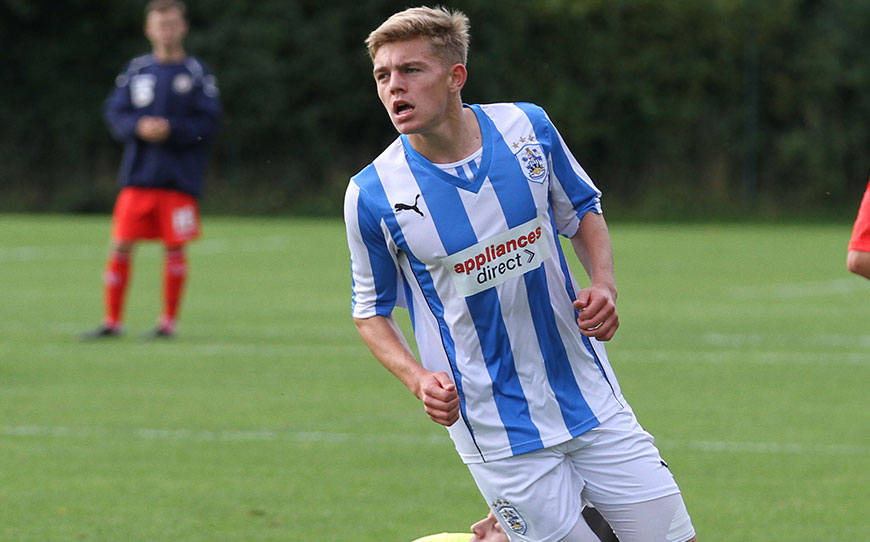 Jake Charles completed a deadline day switch to Barnsley from Championship leaders Huddersfield Town for an undisclosed fee that includes a sell-on clause.

The 20-year-old made just one senior appearance for the Terriers as a late substitute against Fulham in March 2015.

The Wales Under-21s winger was part of Frankie Bunn’s side that won the Under-21 Professional Development League 2 last season.

Barnsley’s Academy head of recruitment Bobby Hassell told the club website: “Jake is a great prospect and I am pleased to be able to bring him to Barnsley.

“He’s tall, fast and causes defences real problems in attacking areas. He’s highly thought after by Wales and is a big part of their plans for the future.”

Charles was the second member of Huddersfield’s development squad to depart on deadline day, after teenage left-back Jack Senior moved to Luton Town on a permanent two-year deal.

Hatters boss Nathan Jones said: “Jack is a player we’ve been aware of for a long time and Mick Harford gave him the rubberstamp when he went to watch him the other day.

“He ticks all the boxes for us. He’s a young, hungry and athletic player who wants to learn. We are delighted to have Jack and he’s a good fit for us all-round. He’ll enhance the group significantly.”

Meanwhile, Huddersfield’s head of football operation Stuart Webber said: “As was the case with Jack, everyone at Huddersfield Town would like to wish Jake the best of luck at his new club.

“Part of the club’s strategy at academy level, aside from the primary goal of producing players for our first-team, is to see players who leave Huddersfield Town doing well and being wanted by other clubs. As such, we’re delighted to see Jake get a chance to show what he can do at Barnsley.

“Hopefully Jake and Jack do well and continue to develop and play at their new clubs, as has been the case with the likes of Matt Crooks, Josh Windass and latterly Joe Wright.

“If they do, it’s great news for the players, their new clubs and us, as the transfer deals are structured as such.”