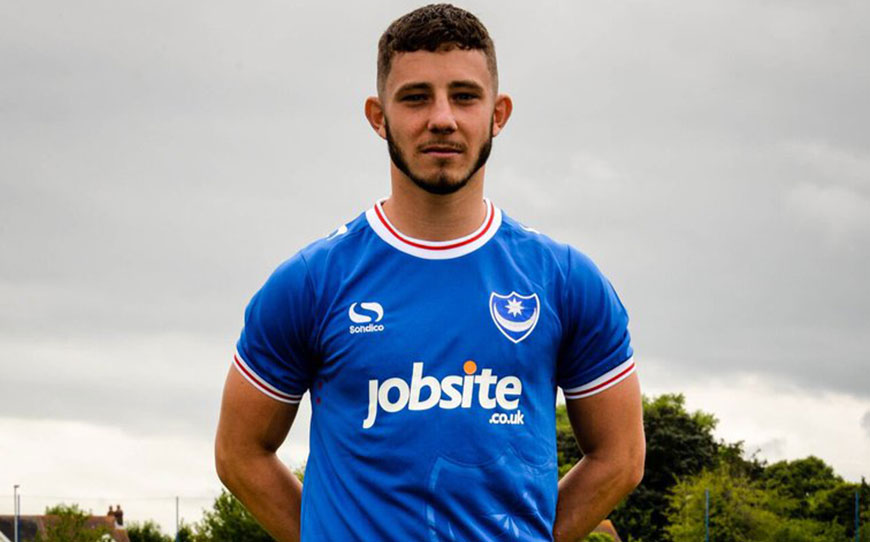 The 20-year-old, who was named LFE League Two Apprentice of the Year in 2015, almost marked the milestone with a goal, unleashing a free-kick against the post as Pompey slipped to a 2-1 defeat.

Chaplin told the club website: “It’s a very proud moment – not just for me, but for my family as well.

“I’ve grown up playing for this club and you don’t really think about getting to that many games, although it’s happened quite quickly.

“It’s nice to reach that landmark, but I’m not sure if I’ve got a chance of ever reaching Alan Knight’s figure!”

The young striker first featured in the senior side in December 2014 during a 3-2 loss against Accrington Stanley and has since become an influential part of the team, amassing 42 appearances last season as the club achieved promotion to Sky Bet League One.

“I would have liked a few more starts, but to get to 100 appearances for a club like Pompey – with its history and fan-base – is a real honour,” he added.

“If I’m looking ahead to what’s next, then I suppose it’s getting another 100 and also winning another promotion in that time.”