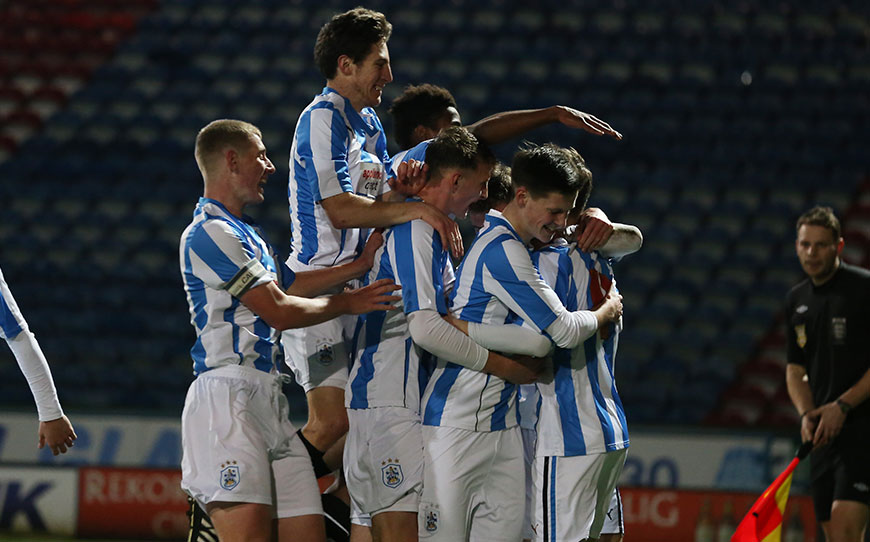 Huddersfield Town’s Under-18s boss Tony Carss insists the importance of producing players through the academy has not been disregarded despite an influx of European imports this summer.

Carss watched his youngsters comprehensively beat Blackpool 8-0 in their first friendly ahead of the new Professional Development League 2 campaign.

And he has vowed to provide homegrown talent to call on for German head coach David Wagner.

“Everyone can see the investment at first-team level and there is a real buzz for the new season,” he said. “We want as a club to try and achieve above mid-table and really push on in the Championship.

“But it doesn’t change our objectives in the academy. Our young players have to learn from those in the first-team. Ultimately one day they want the shirt and they have to do the work to earn it.

“As an academy we are all working hard to produce players who can compete at first-team level regardless of their age and who is in front of them. That is our objective and it won’t change.”

A handful of players began their step up to Under-21 level by helping the side to a 2-0 win at Wigan and Carss will be hoping his latest batch of Under-18s can replicate the success of last season’s third-place finish in the PDL 2 North section.

Carss said: “We look at all the players individually and see where they are in their own development. We want to push and challenge them at that next level and that is a part of our role in the academy.

“We are a young squad again, players like Jordan Williams will now push on to that higher level and see where they can go. And we hope one or two others will follow.”

“Cedwyn has got that eye for goal, and his link play is coming on,” said Carss. “He needs to keep working hard on his fitness but he’s fully committed to his development.”

The side have another friendly against Walsall on Thursday and Carss wants his players to build on the display against Blackpool.

“We wanted to start straight away with a good performance, with players showing their tactical understanding and also a strong mentality,” he continued.

“We spoke before the game about that identity we like to have, playing on the pitch, quick transition and that reactive pressure we want to produce.

“To see these elements in the first game was pleasing.”