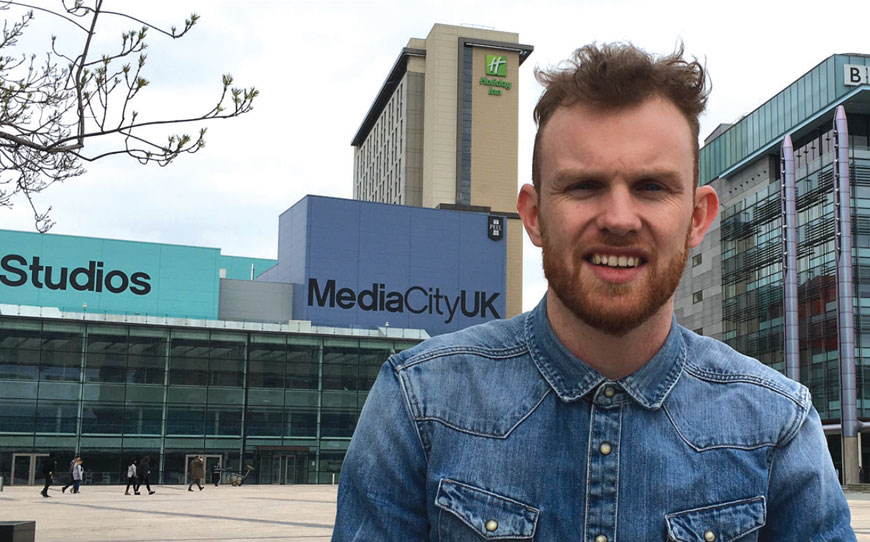 Rory Carson’s journey has taken him from Belfast to Bradford City and back again, from cleaning boots to washing dishes and from patrolling midfield to monitoring and setting the news agenda.

Now a producer at BBC Radio 5 live, he talks to Touchline about his apprenticeship and beyond.

I think that football prepares you for anything that you’re going to face in life. I say to people time and time again that my two-year apprenticeship was the best learning curve I’ve ever had.

I left home at 16 to live in digs. You had to make new friends, find new things that interested you, you start building a new life for yourself and you have to deal with the pressure, the stresses and strains of trying to become a professional. That is hard for a young person to deal with.

If you ask most teenagers what they want to do when they are older most will say ‘I don’t know’. People who pursue a career in football are thinking about it from 10, 11 or 12 years of age. So if you’re able to take that dedication and passion and transfer it to something else, the skills you have developed on that journey are in place.

I wasn’t the smartest kid at school. I just had a bit of determination but every apprentice has that determination otherwise they wouldn’t have got as far as they have. So if you can take that and apply it to every facet of your life the rest takes care of itself.

I can remember being 15 years-old and being so close to becoming a professional that I found it hard to focus on my education but also my parents and Bradford stressing that I’d need good GCSEs to ensure I wasn’t at a disadvantage moving forward.

Then when I was released at 18, the choice was simple. Either into non-league, trying to follow the Jamie Vardy route or back into education. I’d had a bad time with injuries and I thought even if I can get back to a professional club, what am I going to do when I get into my thirties?

So I did A-Levels, went on to University and got some funding from The Professional Footballers’ Association, which helped me massively. At the same time as I was doing my English degree I was working part-time in a cafe. I’d gone from everyone knowing that I was a footballer, to cleaning dishes to pay my way through three-years of academic study.

I started writing in the student newspaper and literally fell into some work at the BBC. I met a guy in the street, who worked there and knew that I had played football in England and back in Northern Ireland and he just asked if I’d like to come in. I was lucky. I went in and made some teas. The rest is history.

I’m now a producer on the Radio 5 live breakfast programme which is just an amazing job. I stopped playing football altogether when I was 21 and thought, ‘where am I going to find anything as enjoyable as football?’

I kind of fell into what I’m doing now, which can be long 10 or 12 hour shifts. But you’re preparing and setting up a programme, finding things which you think people are interested in or things which you think are important, like for example the US Air Strike in Syria. To be honest it’s just such an absolute rush, trying to bring those stories to life.

I am amazed I’ve found something that I love as much as football. I look back now and I think, I’m so glad I did football but I’m so lucky to be doing what I’m doing now.