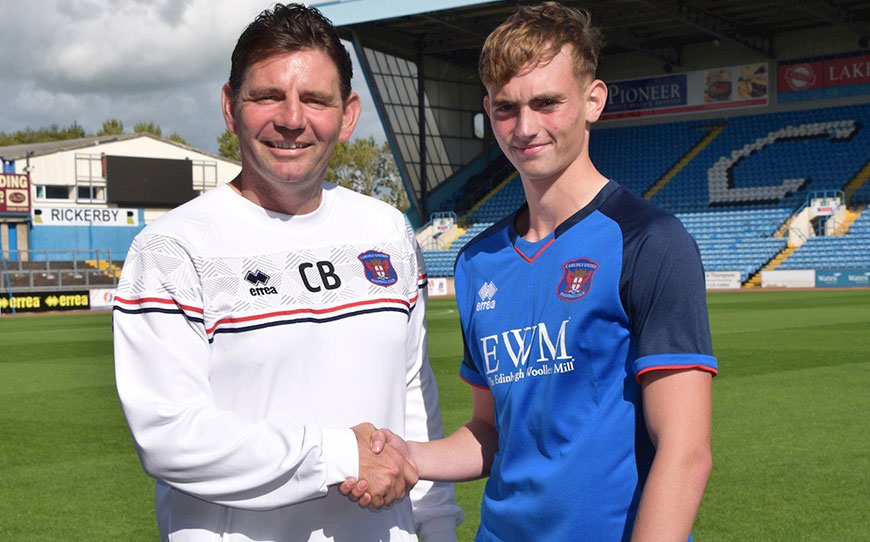 Carlisle United second-year apprentice Lewis Bell has agreed his first professional contract, signing a two-year deal with the option of a further 12 months.

The 17-year-old winger impressed during a half-hour cameo against Liverpool in pre-season and found himself on the bench for Tuesday night’s EFL Trophy match with Fleetwood Town.

Director of football David Holdsworth told the club website: “Lewis is a really good lad with an excellent attitude and a very level head. His family are fantastic and they’re really pleased and proud of what their son has achieved.

“Make no mistake, he knows that the hard work starts here and that he still has his scholarship to finish properly, but we have no doubt that he’ll do that.

“This is potentially another fantastic player and a great piece of business for our club.”

Academy Manager Eric Kinder said: “If you look at the character of the lad we had last season, the Lewis Bell that has come back this year is completely different.

“He’s still the same nice boy that he was last year, but he’s come back with a different mindset about his football.

“He’s obviously impressed during training with the first team and the club have supported another young player and given him his professional contract. Everybody is absolutely delighted for him.

“It can sometimes be a worry when they know they’re getting their pro contract early, they can go off the rails and think they’ve made it, but Lewis isn’t like that.

“He’s a little wily winger, he’s very good on the ball and his first touch has always been impressive. Last season he would worry about taking people on in case he lost it, he always wanted to be conservative and check back, so we’ve told him we don’t mind if he loses it as long as it’s because he’s trying to do something positive.

“I think he’s learned that, and he’s come back a different player and a different person. The first team staff have seen enough in him to offer him his contract, which is really good.”