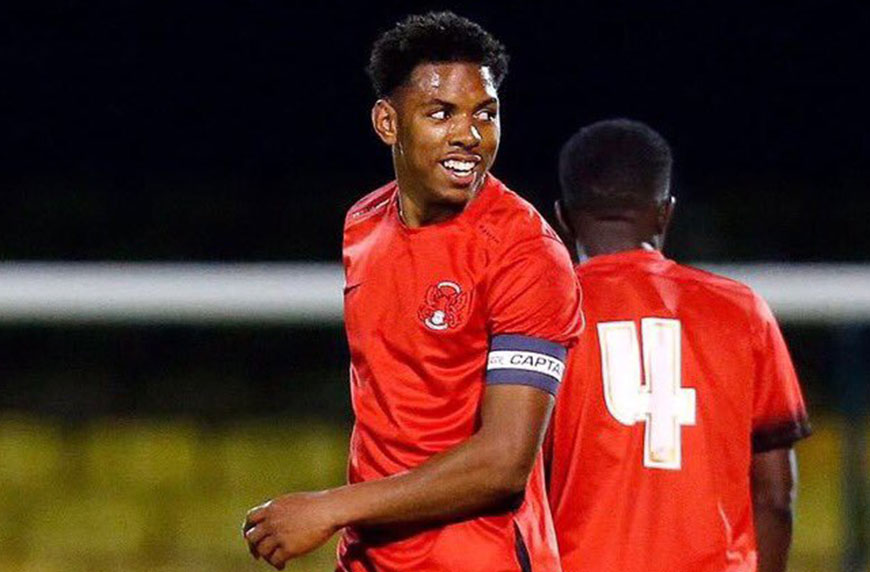 Norwich City have signed teenage striker Tristan Abrahams from Leyton Orient for an undisclosed fee on a two-year deal with the option of a further 12 months.

The 18-year-old, who will be loaned back to The O’s for the season, penned his first professional contract with Orient last November having been a prolific scorer in the Under-18 side that claimed the 2015/16 Youth Alliance Merit League One title and the 2016/17 Youth Alliance South East division crown.

“I’m absolutely buzzing to come to a club I’ve admired for a long time,” Abrahams told the Canaries website. “It’s a great opportunity for me and I’m so happy to have signed.

“I was told a few clubs were interested but when I heard Norwich were also interested I knew that was the one to come to straight away.

“Heading back to Orient works well for me because I want to play as much first-team football as I can to really improve my game for when I come back to Norwich.”

Abrahams was sent on a brief loan spell at Cambridge City soon after agreeing professional terms and then earned a first-team debut for Orient in a 4-0 win at Newport County.

Despite the club’s relegation out of the English Football League, the youngster impressed his suitors by netting twice in nine senior appearances in League Two.

“Tristan had a very good end to last season, coming back from his loan and making his senior debut at Orient in difficult circumstances,” Norwich Under-23 manager Matt Gill said. “That was fantastic for the young lad and he’s hit the ground running in first-team football.

“We want our boys playing senior football, so this deal works really well for us – he plays senior football and also integrates with the lads here too. He’s very athletic and everyone you speak to about him will tell you what a great attitude he has.”

Richard Money, City’s Head of Academy, added: “He’s played League Two football and is still young. He’s a big, strong centre-forward and one we think we can develop.

“The fact he’s already at a good club and that they want to take him back on loan is a good deal for everybody.”