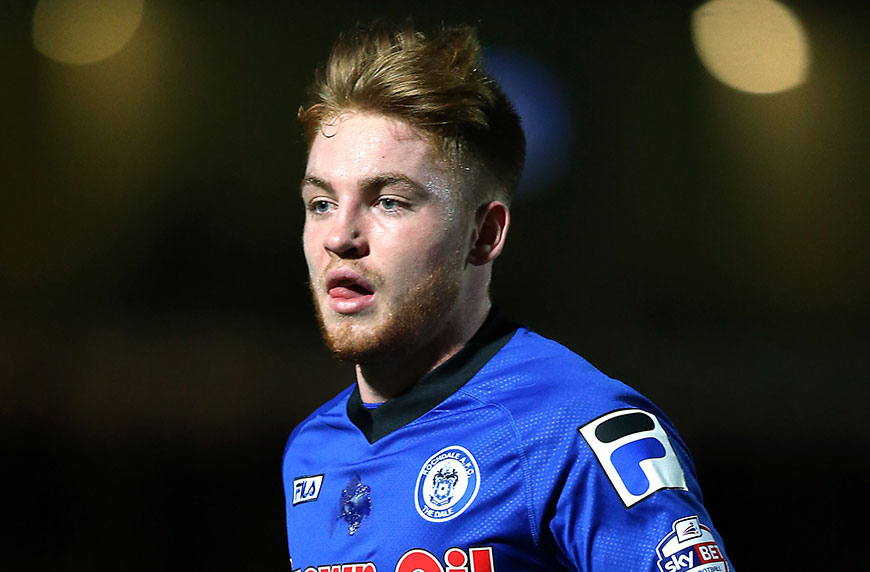 Rochdale academy graduate Callum Camps has signed a contract extension that will see him stay at the club until the summer of 2020.

The 21-year-old first impacted the first-team in April 2013 in a League Two draw with Port Vale and has since notched 105 senior appearances for Dale.

Camps established himself as a stalwart in Keith Hill’s side last term, appearing 51 times in all competitions and even donned the captain’s armband on numerous occasions.

The former Dale apprentice told the club website: “I’m buzzing to have signed the contract, especially before the season starts and on the first day of pre-season.

“I feel now is the perfect time for me to sign it because the club is going in the right direction and I want to continue being a part of it.

“It’s only a matter of time before we get in the play-offs or get promotion.”

Manager Keith Hill added: “It’s brilliant business from the football club and it shows great intent from Callum. He’s a very clever, mature player and young man, and it was relatively easy to negotiate and sort a deal out for him.

“To work with his advisors and Callum on securing this deal has been very, very simple. He’s just going to get on with working hard and getting his head down.

“He had a tremendous season last season and he realises that his performances on the pitch will take care of any future opportunities, whether it’s with Rochdale or another football club because his ambitions are to play at the very top level.

“I’m really, really pleased he’s signed the contract because it should show the rest of the younger players the type of intent that we’ve got this season at Rochdale Football Club.”