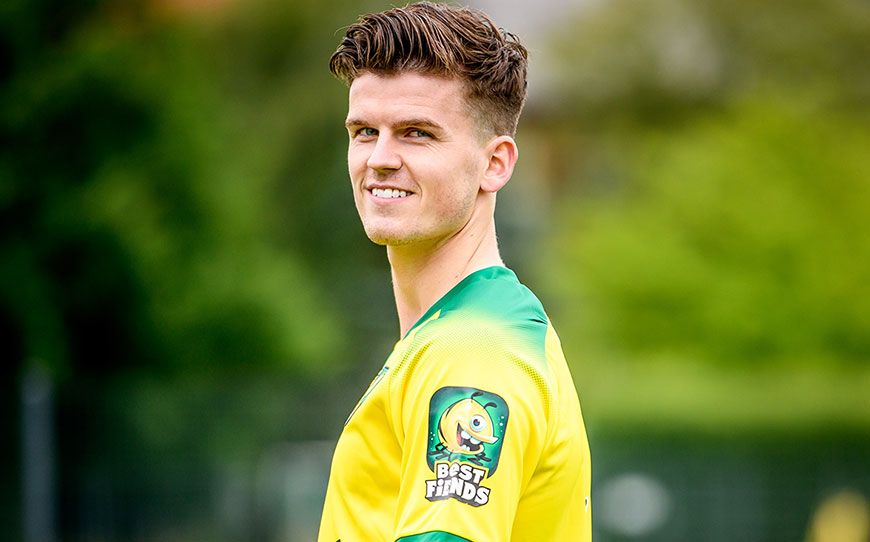 The former Leeds United apprentice has penned a four-year contract following an injury-hit three and a half years with the Hammers, which included a loan spell at Nottingham Forest last season – with another lengthy spell on the sidelines restricting him to just six appearances.

Byram featured just 36 times for West Ham, although he does boast a wealth of Sky Bet Championship experience having amassed 143 games for Leeds.

The 25-year-old told the Canaries’ website: “I’m delighted. It’s all happened quite fast and it’s been a quick turnaround. There’s been a lot of travelling to get out here to Germany but I’m just pleased I’m here now.

“I heard about the interest a week or two ago. Obviously, I wasn’t in the plans for West Ham going forward and I needed a new challenge to go out and push on after last season.

“When I heard Norwich were interested, I was really interested. First and foremost, the football side of things (convinced me to sign). I watched a lot of them last season with the fluid football and passing style, it’s obviously very attractive.

“Stuart (Webber) had explained where the club had come from when he joined two years ago and his plans going forward and how they’re really trying to develop things. He sold the club to me.”

“I had a nasty injury last year and it was nice to finish the season with a couple of games and then this feels like a new chapter, a fresh start.

“It’s one I’m really excited about and I can’t wait to get started. The Premier League is a massive step up from the Championship and I’m sure everyone who got the Club to where it’s at now, I’m sure they’re all excited now.

“I’ve just come off the back of a ten-day fitness regime out in Switzerland. We were doing triple sessions so I’m at a good level at the minute. I don’t think I’m match fit as yet but hopefully that will come in the following weeks. I’m definitely up for the hard work.”

Meanwhile, Norwich manager Daniel Farke said: “I’m delighted with this signing. It [right-back] was more or less the last position where we didn’t have a second specialist. After Ivo Pinto left and also Felix Passlack, it was important to bring in another option. I’m pretty delighted that we’ve been able to announce Sam, we are all happy he’s together with us.

“The most important topic is that he is full of potential and full of quality and he has proved this. At a young age, he was highly-rated. I like a lot that he’s flexible in order to cover different positions. Of course, he played pretty often in the recent months in the full-back position but he can also play in the winger position.

“Sadly the last two years he had some injuries but right now, he is back and he was even able to play the last five or six games for Nottingham Forest. He’s had a good pre-season and it in a good shape. Of course, he needs some time to adapt to our group and our way of football but if he’s able to use his potential again, we have a really, really good signing.

“A few years ago he was probably not possible to sign because he was too highly-rated and too expensive. Right now, we had the opportunity and big compliments to Stuart Webber that we were able to agree a deal.”