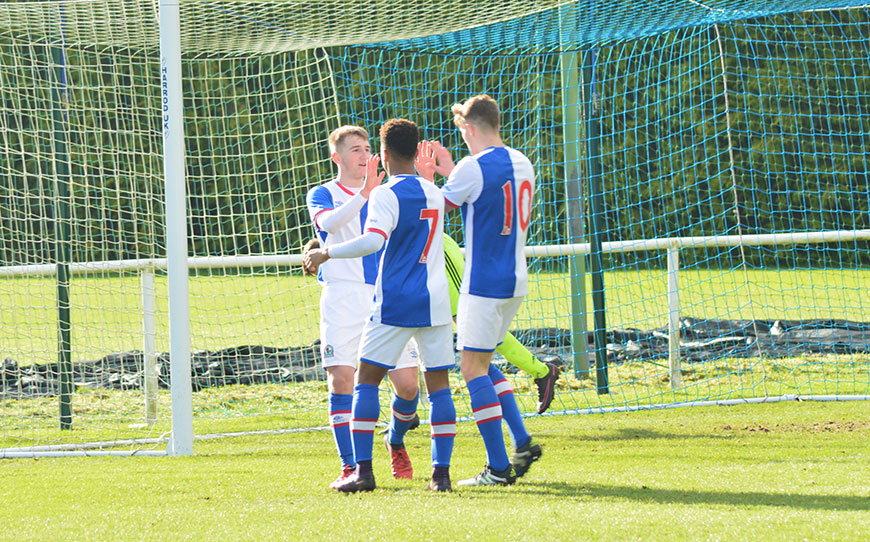 Blackburn Rovers forward Dan Butterworth has signed his first professional contract with the club. The 18-year-old has put pen-to-paper on a two-year deal, which will keep him at Ewood Park until the summer of 2020.

Butterworth arrived at Rovers as an Under-16 player from Manchester United during the 2015-16 season and immediately caught the eye as a first year apprentice. He registered 12 goals for the Under-18s in the first part of the last campaign which resulted in his promotion to the Under-23s.

The step-up did not faze him. He continued to impress for Damien Johnson’s side, scoring four times, to end the season with 16 goals in 36 outings.

“I didn’t really expect it to go as well as it has done to be honest. I’ve just been working hard in everything that I’ve been doing in training and in matches and it’s paid off so far so I have to keep that going.

“It was a good feeling to score on my debut for the Under-23s. Being picked showed that they have faith in me to do well and that they believe in me, so that boosted my confidence.”

While a pre-season injury and a fractured toe have stalled Butterworth’s progress this term, he marked his return to action with a goal in a 3-3 draw against Cardiff City Under-23’s on Monday evening, .

“It’s been a very frustrating time for him, with picking up an injury in pre-season and then fracturing his toe after coming back against Southampton,” Johnson said.

“He’s worked really hard and showed great potential. We’re delighted that he’s signed a contract and he’s shown what he can do. He looked a real threat, and his goal was terrific. He’s got to keep that up.”

Butterworth, who can operate across the forward line is hopeful that his commitment to “hard work” will help him push on again and follow former academy graduates like Ryan Nyambe towards the first team.

“Looking at people like Ryan (Nyambe) shows that it’s possible if you really put your mind to it and work hard,” he added. “I want to push myself to the limit and see where that takes me.”