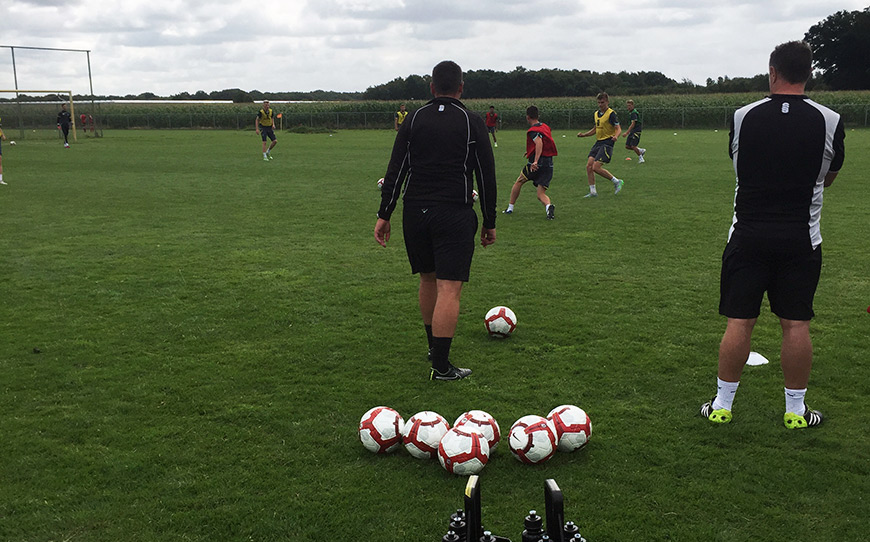 Bury Under 18’s are putting in the hard yards after arriving in The Netherlands on their LFE pre season trip.

Having arrived at their base in Venlo yesterday afternoon, the players had a light evening training session to acclimatise to their new surroundings.

LFE Regional Officer Craig Skinner is following their progress: “The players have settled in really well; they’ve been very impressive. The facilities look great, the hotel is good and the lads are happy with the food!”

Bury have three games lined up on the tour, with the first match against Vitesse Arnhem Under 19’s on Saturday 1 August.

Despite not having the contest at the forefront of their minds just yet, they upped the intensity for the morning session.

Craig added: “The team aren’t really focusing on the game against Vitesse at the moment. They’ve just been bedding in. They had an intense morning session and this afternoon will be short and sharp, finishing with some crossing and shooting.”

To watch the Shakers youngsters train click play on the videos below.